Indian shuttler Parupalli Kashyap marched into the men’s singles pre-quarterfinals with a facile straight-game win over Afghanistan Iqbal Ahmad Shekib in the 17th Asian Games at the Gyeyang Gymnasium on Thursday.

Kashyap, who received a bye in the opening round, beat his Afghani opponent 21-6, 21-6 in just 17 minutes to book a place in the next round.

The Glasgow Commonwealth Games champion breezed through the first game, finishing off his opponent in just eight minutes. The second game was not much different with the 28-year-old Indian taking just a minute longer than the first to dispose of the Afghani. 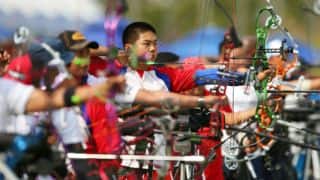