The South Koreans were bowled out for a paltry 55 in pursuit of Sri Lanka’s massive 172.

Sri Lanka hammered South Korea in the 2nd Quarter-Final of the Asian Games Men’s Cricket Competition by 117 runs at Incheon on Tuesday.

Sri Lanka were understandably favourites going into the twenty over  game and they showed why. They did not give the hosts, the South Koreans any chance at all.

The South Koreans were bowled out for a paltry 55 in pursuit of Sri Lanka’s massive 172. They were never in with a shout. After they lost opener Ilhwan Seo with the team score at 14 the rest of the batsmen fell like ninepins. Sunghoon Cho, his opening partner soon followed for eight. From here it was only a matter of time. Most of the Sri Lanka shared the wickets amongst them with Chaturunga de Silva being the highest wicket-taker with three wickets to his name.

Earlier while batting Sri Lanka had racked up 172 in 20 overs. They were propelled by Dinesh Chandimal’s frenetic 83 of just 51 balls to the score. Opener Upul Tharanga too chipped with 54 well-crafted runs. The rest of the batsman could not contribute much but in the end it did not matter as the score of 172 proved to be more than enough. 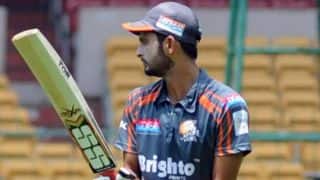 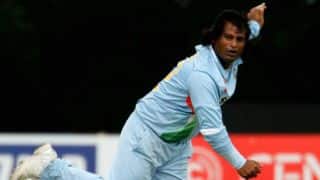