Defending champions Jwala Gutta and Ashwini Ponnappa will aim to shed off their inconsistent run in the run-up to the Rio Olympics when they take the court at the $55,000 Canada Open.

Calgary (Canada): Defending champions Jwala Gutta and Ashwini Ponnappa will aim to shed off their inconsistent run in the run-up to the Rio Olympics when they take the court at the $55,000 Canada Open badminton tournament starting on Tuesday. With a little more than a month to go for the Rio Games, India’s top duo Jwala and Ashwini haven’t been particularly encouraging. At the Uber Cup in May, the 2010 Commonwealth Games champions finished with a bronze. A second-round exit at the Indonesia Open this month and a quarter-final loss at the New Zealand Open in March haven’t exactly been the results they were hoping for before the Olympics.

The last international title the two won together was the Canada Open in July last year here, upstaging Dutch top seeds Eefje Muskens and Selena Piek. Winning the Canada Open at the Markin MacPhail Centre will give the pair the much-needed impetus before the the US Open from July 5 to 10 and the Olympics. The other Indians in the fray are Rio-bound men’s doubles combo of Manu Attri and Sumeeth Reddy who also have a chance of honing their skills before Rio.

In men’s singles, Ajay Jayaram, H.S. Prannoy, Sai Praneeth, R.M.V. Gurusaidutt will be India’s challengers while Pranaav Jerry Chopra and Akshay Dewalkar are the doubles pair apart from Attri and Reddy. Among others, youngsters Tanvi Lad, Gadde Ruthvika Shivani, Meghana Jakkampudi, Pratul Joshi, Harsheel Dani, N. Sikki Reddy and Poorvisha Ram will also participate. The semi-finals and finals of all the categories will be held respectively on Saturday and Sunday. 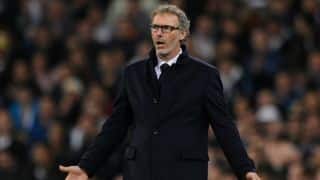 Paris Saint-Germain do away with Laurent Blanc