Kuala Lumpur: Veteran Malaysian shuttler Lee Chong Wei regained the world No.1 spot in men’s singles, replacing Chinese Chen Long, according to the latest rankings released by the Badminton World Federation (BWF) here on Thursday. Chong Wei overtook two-time reigning world champion Chen Long with 94,453 points following his victory in the Indonesia Open last week, reports Xinhua. The world No.1 ranking would no doubt be a boost for the 33-year-old, who is eyeing the first ever Olympic gold medal for his country in Rio de Janeiro. The two-time Olympic silver medallist lost the world No.1 position during his eight-month doping ban from September 2014 to April 30, 2015. He was 46th when he competed in his first tournament after the eight-month ban — at the Sudirman Cup, held between May 10-17, 2015.

Recently, the three-time World Championship runner-up has been on a winning streak since the Malaysia Open in April, grabbing three championships in a row and was undefeated during the Thomas Cup. However, he has withdrawn from the Australia Open this week. In the men’s singles, India’s Kidambi Srikanth dropped a place to be 13th, while Ajay Jayaram remain at the 21st spot. Indian Parupalli Kashyap, who has been sidelined with a knee injury, dropped 26 positions to be 67th.

In the women’s singles rankings, Indian ace Saina Nehwal and P.V. Sindhu were static at eighth and 10th respectively. Carolina Marin remains the top women’s singles player, followed by China’s Wang Yihan and Li Xuerui. After Chong Wei retook the world No.1, Zhang Nan/Zhao Yunlei became the only Chinese players topping any of the five rankings as they continue their dominance in the mixed doubles. Lee Yong Dae/Yoo Yeon Seong of South Korea and Misaki Matsutomo/Ayaka Takahashi of Japan rank first in men’s doubles and women’s doubles, respectively. 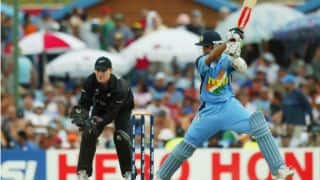 When Rahul Dravid unleashed his wrath on New Zealand 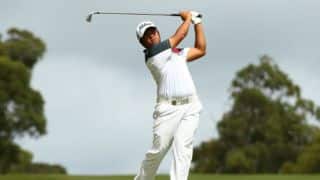