Failing to win the Thomas Cup badminton tournament in China in May, Indonesian shuttlers are eyeing the Olympic gold medals in Rio in August.

Jakarta: Failing to win the Thomas Cup badminton tournament in China in May, Indonesian shuttlers are eyeing the Olympic gold medals in Rio in August. “Now, the hope lies in the Olympics, and our players will be able to revive the tradition of getting gold medals,” Gatot S Dewa Broto, spokesman of the Indonesian Youth and Sport Ministry said on Tuesday, reports Xinhua. “Although we did not win and bring home the trophy (of Thomas Cup), we are proud of our players who have given their best performance,” Gatot stressed.

“The government puts a target of gold medals at the shoulders of our players,” the spokesman said. Indonesian Badminton Association head Gita Wirjawan said that the preparation for the Olympics has been conducted well, and the recent Thomas and Uber Cup tournament in China was part of the warmup. “The preparation for [the Olympics in] Rio de Janeiro has been done for a long time. Our focus is now the Olympics,” he said. “The result of the Thomas Cup and Uber Cup convinces me that other teams have started evaluating our strength, particularly the capability of young players,” Wirjawan added. 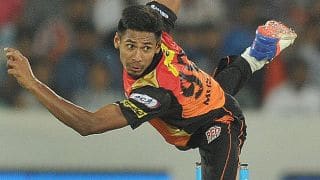