India’s Saina Nehwal on Sunday beat China’s Sun Yu to win her second Australian Open title. Saina beat Yu 11-21, 21-14, 21-19. In a terrific comeback after losing the first game, Saina managed to clinch the title as the game was won in a close encounter.  after losing the first game, showed some great character and composure to win the title. Saina had beaten Ratchanok Intanon and Wang Yihan earlier in the tournament and the wins might have given her huge confidence. Saina showed great character and composure to take home the title and make her country proud. Both players had started the first game at almost level till 4-4. Sun Yu then took the lead at 10-5. It was all her from there on as Saina struggled to go past 11 points.

The first game ended 21-11 in favor of Sun Yu. But Saina bounced back very well in the next game. Saina made Yu commit a number of errors as she looked sharp and accurate. She was always a few points ahead the Chinese in the second game and didn’t let her cross 14 points as she levelled the final at 1-1.

Saina began the third game well. She was leading 6-3. But Sun Yu came level with her at 8-8. Saina did maintain a 2-point lead as the game went into those nervy stages. She eventually made it 21-19 and took the Australian Open title home. 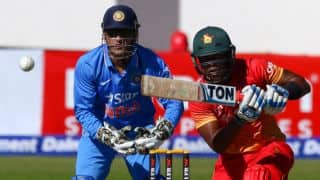