Should things go according to the plan, we may see this become a reality as early as the 2028 Olympics in Los Angeles.

Every cricket fan’s dream of watching the sport become a part of the Olympic Games may soon become a reality. The International Cricket Council (ICC) has formed an Olympic Committee with the sole purpose of exploring when and how cricket can be added to the Olympic events. Additionally, the ICC has also asked its member nations to explore the financial benefits and nuances of such a move.

Should things go according to the plan, we may see this become a reality as early as the 2028 Olympics in Los Angeles.

Of course, a lot is to be considered here before this can become a reality. From the financial commitment possible by each member nation of the ICC to the format of the game itself, the venues, and lastly, the possible scheduling conflict – there are many, many things to take into account here.

Nonetheless, for cricket to have an exploratory committee for the Summer Olympics is still a significant boost. Cricket has been played as a part of the event only once, in the 1900 Paris Olympics. Back then, Great Britain defeated France by 158 runs.

Since then, a plethora of other sporting events has been added to the Olympics, much to the chagrin of cricket enthusiasts. So much so that even breakdancing now will be a part of the Paris Games in 2024.

BCCI Still on the Fence but Gives in Principle Support

The Board of Control for Cricket in India (BCCI) has given its backing to the inclusion of cricket in the 2028 Los Angeles Games but has sought further clarifications on a few important details such as governance from the International Olympics Committee.

One of the most powerful cricket bodies in the world, the BCCI is cautiously approaching the matter, for reasons understandable. The board wouldn’t want the games to get in the way of India’s international cricket schedule, or conflict the Indian Premier League.

That said, if cricket were to become a part of the Olympics, it would be a terrific news for all parties involved. Even BCCI can take advantage of the fact that its Men in Blue are representing the country at the highest level possible, seeking to get the coveted gold medals.

First and foremost, the addition of cricket to the Olympics will bring with it an increased fan following and consequently, lucrative sponsorship, broadcasting and advertising opportunities. Cricket, right after football, is one of the most popular sports in the world. To see both of them be a part of the prestigious Olympics will truly be a sight to behold and all big brands, franchises, and every possible business will look to tap into this vein.

Secondly, online cricket betting is also likely to see a significant spike. Even though the odds are not likely to change much from a regular international series, the betting action would still be exhilarating and intense, simply because it’s a once-in-a-four-year event, websites like 10Cric offer a great variety of cricket odds. Indirectly speaking, this translates into increased viewership and tax revenues.

Lastly, this inclusion will also truly put cricket on the global map, in every sense of the word. Making it an Olympic sport may potentially lead to new member nations accepting cricket and developing the sport in their country at a grassroots level. From a viewership perspective, this means new, sustained fanbase, not just for the cricket games in the Olympics but also on the regular tour.

The decision on this is likely to be made four years before the 2028 games. 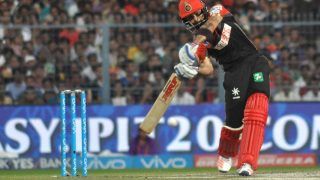