According to studies, as many as 80 per cent of active gamers now live in non-metro areas.

As a result of the country’s strict lockdown, the Indians have been compelled to stay inside their houses and minimize their physical interaction outside the four walls. To stay connected as well as work from home, people have naturally migrated to the digital realm.

India is the world’s second-largest internet consumer with more than 560 million users. According to Sensor Tower’s data, during the first nine months of 2020, India reached the top of mobile game downloads worldwide. A surge in Rural Online Gaming According to research carried out by the Internet &amp; Mobile Association of India (IAMAI), web users in non-metro areas have surpassed those in metropolitan regions for the first time.

In November of the previous year, there were 227 million rural internet users, which is 10 percent greater than the 205 million users from the metropolitan areas. As internet connectivity improves, data plans become more affordable, and gaming products are more accessible, the appeal of playing online games extends to small towns. Thus the gaming platforms and apps have observed an increase in rural online gaming.

The surge in internet coverage in rural areas has paved the path for non-traditional populations to embrace mobile gaming. It can be seen from the widespread adoption of games like Dream 11, Ludo King, and Indian games. Tier 2 and 3 towns In rural areas, particularly in tier 2 and 3 cities, the emergence of skilled-based games has been relatively low compared to the urban areas. The reason behind this is the lack of information regarding the use of modern technology.

According to a new survey by OpenSignal, Ahmedabad, Navi Mumbai, and Vadodara are the top 3 cities in mobile gaming. Only Ahmedabad and Mumbai made it into the top 10 cities in the list; the remaining were all tier 2 and tier 3 cities. According to the survey, the growing adoption of cheaper cell phones, low-cost data, and enhanced bandwidth has helped these tier 2 and tier 3 cities gain a firm position.

With the availability of digital media, people can quickly check the results of lotteries online. One of the most popular Indian lotteries is Lottery Sambad, which state governments supervise. Another famous lottery is Khanpara Teer, and the Khanapara Teer Result is generally accessible.

Contribution of Small Towns to Gaming Market Until recently, online gaming was thought to be a big-city phenomenon. Today, however, nothing could be far from the truth. Users from tier 2 and 3 cities drive the industry’s present growth (sometimes even tier 4 for fantasy cricket).

According to studies, as many as 80 percent of active gamers now live in non-metro areas. In addition, tier 2 towns and beyond account for 40 to 60 per cent of the total gaming population in the country. Millions of online gamers live in cities like Bhubaneswar, Jaipur, Guwahati, and Mangalore.

Harsh Kothari, Neon Gaming Studios’ co-founder, opened a gaming house in the non-urban area of the country. Kothari said he saw numerous gamers from smaller areas at gaming events and believes this project will help them obtain more exposure. According to Anurag Arora, category head of Personal Systems at HP, the tier 2 and 3 cities are making between 30 per cent and 60 per cent of contribution to the firm’s gaming market. 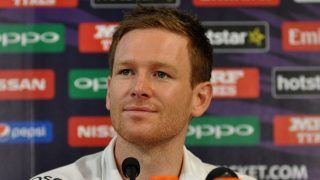 Eoin Morgan Insists Historic Tweets 'Taken Out of Context', Says 'Sir' is a Sign of Admiration 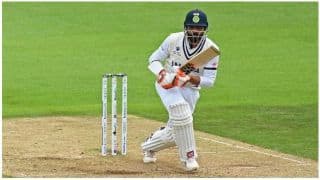