Dani Alves said he is excited about the opportunity of replicating Juventus’ domestic achievements in Europe’s premier club competition.

Turin: Veteran Brazilian right-back Dani Alves on Tuesday said he is relishing the challenge of joining Juventus and vowed to take the Italian football giants to next level after putting pen to paper on a two-year contract. The 33-year-old is no stranger to success following a trophy-laden eight years with Spanish club Barcelona after winning the Champions League on three separate occasions. He said he is excited about the opportunity of replicating Juventus’ domestic achievements in Europe’s premier club competition. “It’s a real honour to be here. I chose Juventus because the club has a great dream that I want to help make a reality. I know Juventus have not won the Champions League for a long time and they want to combine their great domestic success with a European crown,” Alves was quoted as saying by club’s official website on Tuesday.

“I like teams that have history behind them and I want to become part of this. It will be an interesting experience for me to live in another country and sample another type of football, and that’s why I chose to embark on this adventure,” Alves said. He said that at this stage of his career, another exciting challenge with a similarly illustrious club represented the perfect fit for his personal and professional requirements.

Alves, who has 93 caps for Brazil, came as a free agent after activating a clause in his contract with Barcelona, with whom he won 23 trophies, including three Champions League and six La Liga titles in an eight-year stint at the Catalan club. He still had a year remaining on his contract at Barcelona. “One of the most remarkable things about Juventus is the detail with which they study the players they’re pursuing. These players don’t just have to possess important individual qualities, but also qualities that make an important contribution to the team itself. There was plenty of interest from other teams, but the fact that Juventus moved for me demonstrates their belief that I’m up to the task,” Alves, who made 247 appearances for Barcelona said. 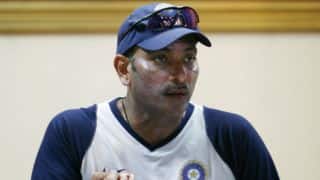