Spain legend Xavi Hernandez thinks that this is the "moment" for Atletico Madrid to win the trophy when they face cross-town football rivals Real Madrid in Saturday's Champions League final in Milan.

Doha: Spain and FC Barcelona legend Xavi Hernandez on Thursday said he thinks that this is the “moment” for Atletico Madrid, who will be facing cross-town football rivals Real Madrid in Saturday’s Champions League final in Milan. “I think this is the moment for Atletico,” Xavi, who now plays for Qatari club Al Sadd, said in an interview with the organizers of the 2022 FIFA World Cup in Qatar, according to Efe.

He noted that Atletico deserve the title because of “the work they are doing”. “Of course it is not the philosophy of play that I like the most, because they speculate and wait in defence, but I think this is the moment for Atletico Madrid,” Xavi explained. “Football always gives you a second chance, and it is the same final as two years ago in Lisbon,” the 2010 World Cup winner recalled.

Although Xavi thinks Real Madrid could be the favourites to claim the title in terms of history, he believes that “Atletico will take home the trophy”. Xavi predicted a fantastic final as Atletico have “players with natural talent who can change a match in a moment”. 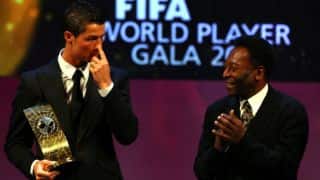 Real Madrid are more artistic in their playing style hence I like them over Atletico says, Pele