Real Madrid vs Atletico Madrid face-off in their second UEFA Champions League final in a span of three years.

Real Madrid play Atletico Madrid in the UEFA Champions League 2016 final. Both teams face off in their second final in three years this time at Milan, Italy. RM are chasing their 11th Champions League title while AT are eyeing their first ever trophy.TEN 2 will be broadcasting final as they hold the broadcast rights in India and match will also be telecast on TEN HD. Free online streaming of All Madrid final could be watched on Ten Sports official website on tensports.com.

Cristiano Ronaldo insists personal goals will be put to one side as Real Madrid seek to embellish their incredible European record with victory over Atletico Madrid in the Champions League final on Saturday. Ronaldo, a three-time world player of the year, has never scored a goal at the San Siro but has the chance to match and surpass his own record of scoring 17 Champions League goals in a season. Yet two years after Real defender Sergio Ramos levelled at the death to inspire a stunning, extra-time comeback and secure a 10th triumph in Lisbon, the Portuguese superstar insists winning an 11th crown is far more important than who hits the net at the San Siro. 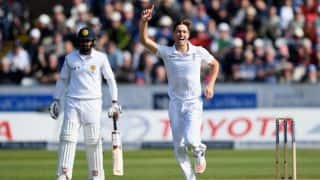