Johannesburg: Real Madrid coach Zinedine Zidane is confident star striker Cristiano Ronaldo will be fit for the upcoming Champions League final clash against Atletico Madrid despite an injury scare. Ronaldo remains in doubt for the European Cup final after limping out towards the end of the recent training session. He had been hit by a persistent thigh injury, having missed three games for his side in April. The Portuguese international had also walked off at half-time during the side’s 2-0 win against Deportivo in the final La Liga match.

However, Zidane remained confident that the three-time World Player of the Year would be fit for the upcoming final clash as he is keen to snap his own record of 17 Champions League goals in a season. Zidane further confirmed that Ronaldo didn’t feature in last Saturday’s practice session as a precaution, but added that he hopes to see him fully fit to face Atletico, Sport24 reported. Real Madrid will aim for the Champions League glory when they take on Atletico at San Siro Stadium in Italy on Sunday. 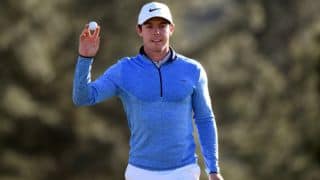