Cricket has been traditionally recognised as a batsman’s game, especially the shorter formats, but scoring a century in a 20-over game is a tremendous achievement.

Cricket has been traditionally recognised as a batsman’s game, especially the shorter formats, but scoring a century in a 20-over game is a tremendous achievement. With the king-sized bats and new rules coming into play, runs are scored at a faster clip. Suraj Choudhari lists down 10 fastest centuries smashed in the history of Indian Premier League (IPL).

Sehwag is acknowledged as one of the most destructive batsmen in the world across every format. He redefined batting in his own style. Timing and placement are his forte and at the same time he can hit the ball hard too. He is one batsman who has demonstrated a rare ability to play both spin and pace on any wicket. He exemplified the same against Deccan Chargers in the fourth edition of IPL, when Delhi Daredevil were chasing 176. The DD skipper smacked a hundred against a good bowling attack led by Dale Steyn, to help his team complete the chase in the19th over.

The former Australian all-rounder was known for his manic approach in the shorter formats. He was an intimidating and hit the ball long and hard. While playing for Deccan Chargers (DC) in the inaugural edition, a brutal Symonds launched an onslaught on the RR’s bowlers striking a hundred from just 47 balls, which included 11 boundaries and seven sixes in 2008. Despite of his heroics, DC couldn’t taste a win, as Rajasthan Royals (RR), who later became the champions, chased down 217 with a ball to spare.

The Jamaican batsmen once again recorded one of the fastest centuries in the IPL in the ongoing edition. Gayle, not 100 percent fit and quite inconsistent of late, bounced back emphatically to shepherd his team to a winning position by plundering a century. Against a listless KXIP, Gayle brought up his hundred from just 46-balls and went on to score 117, in an innings that contained 12 sixes and seven boundaries. RCB scored 226 runs and won the game by 138 runs.

When he gets going, Murali Vijay is a delight to watch. Solid and elegant, he can shift his gears as per the situation. One such example of an astounding innings was witnessed in a game against RR in 2010 season of IPL. For CSK, Vijay recorded a 46 ball century which included 11 sixes and eight boundaries. Despite of scoring 246, CSK got a scare as RR were all up for the chase. Finally, CSK managed to clinch it by 23 runs.

The Caribbean batsman never fails to make an impression whether with his bat or his moves on the field. Gayle has been one of the most prolific run-machine for RCB. He scored a brutal hundred in 2011 edition against KXIP off just 46 deliveries, which included 10 boundaries and nine sixes. RCB posted a total of 205 and went on to win the contest by 85 runs.

Jayasuriya was one of the most dangerous batsmen the game has ever seen. He batted like a man possessed and struck a brilliant hundred from 45-balls. The Sri Lankan made the chase of 157 look very easy as MI completed it in the 14th over with nine wickets in hand. With four losses in their first four games, MI were off to a disastrous start. This win helped them to continue the momentum. Jayasuriya struck 11 sixes in his knock.

Gilchrist, the former Australian cricketer was one of the most feared batsmen in world cricket. In 2008, Gilchrist scripted his name in IPL history when he smashed 109 not out in a league match against MI, while playing for DC. He scored a hundred from just 42-balls, a knock where he struck 10 sixes and nine fours. DC chased down the target of 155 in 12 overs with 10 wickets in hand.

This has to be one of the greatest cricket T20 knocks of all-time. The South African middle-order batsman made a name for himself with this miraculous innings. In a league match against RCB, Miller singlehandedly snatched an improbable victory. Miller struck seven sixes and eight fours, as he scored a century from just 38 deliveries. He weathered the early storm to rescue the KXIP innings from a delicately placed 64 for four in 10 overs while chasing 195. Eventually KXIP won the match and the valiant effort from Miller, also earned him a regular national slot.

Another miraculous knock, but this one ended in heartbreak. Yusuf Pathan is a man capable of turning a match within a span of few deliveries. While chasing a mammoth 213, Pathan smashed a hundred in 37 deliveries in a league match against Mumbai Indians in 2010 to get RR agonisingly close. RR were 66 for four in the 10th over and from thereon it was a Yusuf show, as he went on to hit nine fours and eight sixes. RR lost the match by four runs.

King Gayle comfortably sits at the top. Undoubtedly, he has been the best T20 batsman ever, and his knock against Pune was out of the world. The ‘Gaylestorm’  hundred came from 30 balls and in the ninth over of the innings! It’s not just the fastest hundred in IPL, but the fastest-ever in the format as well. His unbeaten 175 too RCB to a gigantic total of 263, which remains the highest team total in this format. Gayle struck 17 sixes and 13 fours, as RCB went on win the match by 130-runs.

Is Sunil Narine losing his Midas touch with the ball? 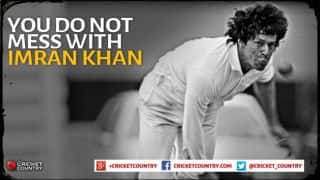 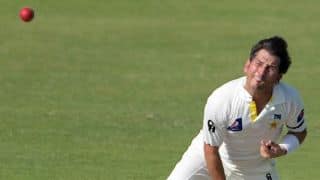