It is not so common to have surname and few be aware of it.

It is common among South Indians not to have a surname. But it is not so common to have surname and few aware of it. Nishad Pai Vaidya lists 10 unknown names or surnames of Indian cricketers.

Very few are aware that the full name of the man who opened the bowling with Mohammad Nisar in India’s first-ever Test in 1932 was Amar Singh “Ladhabhai Nakum Lodha”. Amar Singh’s brother, who played one Test a year later, was known as L Ramji. Amar Singh, whose bowling won high praise from the likes of Wally Hammod and Len Hutton, died of typhoid when just 29.

Young Vijay Thackersey was christened ‘Merchant’ in school when his teacher asked him his father’s name. Instead, he stated his father’s profession. That’s how the wealthy scion of the Thackersey group got his famous surname! Incidentally, Vijay named his son Amar after Amar Singh. Vijay’s children — Amar and Aditi — continued using the father adopted surname, though extended family members, including renowned table tennis player Sudhir Thackersey, continued to use the family’s real surname.

Born in Karachi before the Partition, the man who opened the batting with Janardan Navle in India’s first-ever Test against England at Lord’s in 1932, was known as Naoomal Jeeomal. But not many know that Naoomal’s surname is not Jeeomal but Makhija. Yes, he was one of the few Sindhis to have played Test cricket.

If someone with not too great a sense of cricket history were told that Nanik Bharadwaj was the first-ever Test centurion for India, the person would lose no time in disputing the claims. Nanik Amarnath Bharadwaj is the name that he got by birth, but the cricketing world knew him famously as Lala Amarnath. The Bharadwaj surname was passed on to the sons, Surinder, Mohinder and Rajinder, though — like the father — the surname was never used in their scorebooks.

Most people believe that Dev was the surname of India’s greatest all-rounder. But the fact is Nikhanj was his surname, something which rarely found mentions in cricket books.

Yajurvindra Singh hails from the royal family of Bilkha, Saurashtra. Those with a nose for cricketing numbers would know that he still holds the record for the most catches taken in a Test, but very few would be aware that Yajurvindra’s surname was not Singh but Bilkha. In fact, the cricketing fraternity that knew him well neither addressed by his name or surname; he was affectionately called as “Sunny”.

Kirtivardhan Bhagwat Jha Azad is the full name of the man who was part of the 1983 World Cup winning team. But his name got pruned to Kirti and the surname [Jha] never showed up in scorebooks and records, though his father, Bhagwat Jha Azad, former Chief Minister and later a Union Minister of State, had the surname prominent in his name.

The left-arm spinner played his entire cricketing career without his surname [Billa]. Maninder made his First-Class debut in 1980 and his Test debut two years later, when still just 17. Two years before he made his First-Class debut, the nation was rocked when two New Delhi school-going brother and sister, Geeta and Sanjay Chopra, were kidnapped and murdered. Geeta was raped as well. One of the two killers was Billa. Apparently, young Maninder did not want any stigma attached to his career because of the name Billa and decided to be simply known as Maninder Singh.

Harbhajan Singh, yet another spinner from the North of India, has played his entire cricketing career without his surname [Plaha] finding mention in the scorebooks. It is not known why.

Yograj Singh’s surname is Bhundel. The surname, however, did not get much prominence, though some records list his name as ‘B Yograj Singh.’ By the time his son Yuvraj Singh became a name to reckon with, the surname vanished totally. 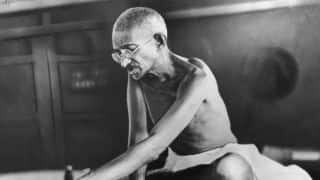