One of the most consistent outfits in the IPL, CSK is blessed with a well-rounded side with a lot of valuable Indian players boasting good domestic record.

Chennai Super Kings (CSK) has always been the benchmark of success right from the first edition of Indian Premier League (IPL). One of the most consistent outfits in the IPL, CSK is blessed with a well-rounded side with a lot of valuable Indian players boasting good domestic record.

Suraj Choudhari gives 10reasons why CSK, winners in 2010 and 2011, is a powerhouse among all sides in the IPL.

1:  Smart purchases at the auction

CSK has a history of making smart purchases at the IPL player auctions. For example, Mahendra Singh Dhoni, who led India in 2008 in the shorter format, was picked at price of Rs 6 crore in the first edition. They also picked an excellent bunch of T20 players, overseas and Indian. The results are there for all to see. [Related stories: Why Chennai Super Kings are the rockstars of IPL]

The pace of cricket in T20 cricket is frenetic. Split-second decisions have been taken and games can change in a matter of few balls. The margin for errors is very low; one mistake can spell doom. The role of the captain in the shortest format is extremely critical. Not only he has to be quick-thinking, but most importantly remain cool. CSK is blessed that in MS Dhoni they have a leader who has the temperament of a monk and the expertise in crisis management. That he is also a devastating batsman who has won numerous matches off his own bat, makes him a boon for CSK.

If CSK has evolved as a strong unit over time it’s their ability to keeping faith in their existing players which has also helped in bonding and camaraderie. Their core team has remained the same since inception of the tournament, with Dhoni as the mastermind, and this has given the team much stability. Key players like Dhoni, Suresh Raina and Ravichandran Ashwin have never played for any other franchisee.

If the left-handed Raina is hailed as an IPL legend, it is with good reasons. He boasts the record of scoring the highest number of runs [3325] in the history of IPL and amassed 400 runs in every edition. Raina’s exquisite run has been one of the pivotal reason behind CSK’s consistency. That he has not missed a single match for CSK is a testament to his commitment for the franchisee.

5:  Ability to pick quality talent at the domestic level

One of the reasons CSK have been so successful in the IPL lies in their ability to recognise the best domestic talent and give them a platform to showcase it. They’ve always struck when the iron is hot. IPL has criteria of featuring seven Indian players in the playing XI, so having a strong domestic supply of player is imperative. CSK has been very smart in this regard.
6:  Spin to win

The Indian sub-continent is acknwledged for spin-friendly tracks. CSK has never been a pace dominant side and banked heavily on spin bowlers. The likes of Ravichandran Ashwin and Ravindra Jadeja are their trump cards. It helps that two men who are India’s main spin weapon for the national team also operate in tandem for CSK.

A genuine all-rounder is gold in any format for the team. An all-rounder provides depth to the line-up and gives the captain more options and flexibility.  CSK has boasted some of the finest all-rounders in like Dwayne Bravo, Ravindra Jadeja and Dwayne Smith. Players like Albie Morkel, David Hussey and Chris Morris have also featured for CSK in the past. CSK all-rounders have done well on most of the occasions and bailed them out from precarious situations.

8:  Player for all situations

CSK has players who can snatch victories from seemingly hopeless positions. They have players for every situations. Their record of making it to the play-off on every occasion is a testimony of their consistency to perform in crunch situations.

Brendon McCullum, one of the most dangerous batsmen in the world in limited overs cricket, and Dwayne Smith provide the ammunitions at the top of the order. No target seems daunting when these two go out to open the innings.  In the past, Matthew Hayden, Murali Vijay and Michael Hussey did the job for CSK.

10:  No pressure of team management in the dug-out

Stephen Fleming who played for CSK in their first edition, soon took the initiative to coach CSK and has done an astounding job in building a cohesive team. The presence of Meiyappan apart in the past, CSK has been able to function without the owners putting pressure on the team by setting in the dugout. The team has been able to stay relaxed with men like Raina and Bravo keep the side in good spirits. 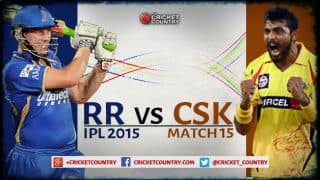 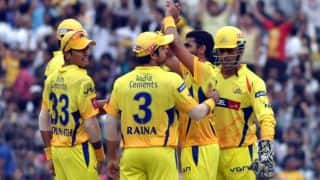