Pakistan players have not played in the IPL after the 2008 edition, which has meant that someone like a Saeed Ajmal never made it through.

The Indian Premier League (IPL) brings together international stars from all over the globe. However, there are quite a few top stars who haven’t graced the grandest T20 stage yet with their talent. Nishad Pai Vaidya picks 11 such players:

The elegant batsman may be in the conventional mode, but has the penchant to score big runs in all formats. He had made himself available for the auction this year; shockingly, he has not found buyers. Amla’s presence would have added class to the IPL. However the glitz and glamour would have been in contrast with his humble personality.

Perhaps the finest swing bowler in contemporary cricket, James Anderson is a tough competitor. He has not been considered in T20 cricket for a while though and has not been snapped by any IPL franchise. To see the king of swing in the IPL would be a pleasure for the fans.

Although he was picked by the Kings XI Punjab in 2011, Stuart Broad was unable to make the trip to India. Broad would have added great balance to the side with his all-round abilities. More importantly, the pitch at Mohali would have suited his bowling.

Perhaps the most exciting Ireland cricketer, Kevin O’Brien hogged the limelight in 2011 when he smashed the fastest century in World Cup history — against England. A hard-hitter of the ball, O’Brien is a genuine game-changer. Time and again, he has shown that he has the class to compete against the best in the world. Inexplicably, an IPL berth has remained elusive for him.

One-Day International (ODI) cricket’s latest double centurion, Martin Guptill is one of the cleanest hitters of the ball. When compared to some of the other power hitters, Guptill has more grace and is well balanced at the crease. He has played in the Caribbean Premier League (CPL), but hasn’t made an appearance in the IPL yet.

Darren Bravo was picked by Deccan Chargers in 2012, but international commitments did not allow him to come around. One of the most elegant batsmen in world cricket, who invokes memories of Brian Lara, Bravo would have been a handful in the IPL with his half-brother Dwayne.

Pakistan players have not played in the IPL after the 2008 edition, which has meant that someone like a Saeed Ajmal never made it through. At his pomp, he was one of the most difficult bowlers in world cricket. Today, he is trying to replicate the same with a reworked action. Nevertheless, IPL missed out on having someone with that flair and talent.

Although a bit inconsistent, Umar Akmal remains one of the most exciting young batsmen in world cricket. He has a good solid technique and can hit the ball a mile. In T20 cricket, he can be a valuable addition in the middle-order, with the ability to finish games.

The first Pakistani to get a T20 hundred, Ahmed Shehzad has made a name for himself with his free-stroking batting. He has partnered Chris Gayle in the Bangladesh Premier League (BPL) and the Caribbean Premier League (CPL). The IPL would have given the youngster more experience.

Graeme Swann was one of the best spinners in the world in the late 2000s and early 2010s. He was a crucial part of England’s setup and also played his role during their ICC World T20 2010 victory in the Caribbean. Sadly, Swann never graced the IPL. It would have been wonderful to see conventional spin compete with the copious unorthodox variety. While most of the other players in this list may have a chance of playing IPL in future, Swann has retired and is now an media expert.

Vernon Philander brings subtle variations into play and is one of the best fast bowlers in the world. However, he hasn’t been picked in the IPL despite the good record. It may be the case that he is stereotyped as a bowler for the longer formats.

More from this writer 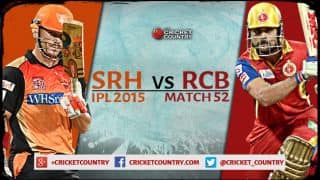 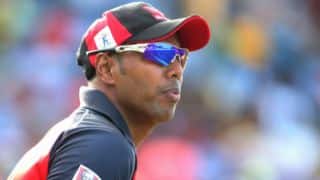