Shane Warne communicated with his fans with #AskShane, which soon started trending.

Former Australian cricketer Shane Warne is one of the most interactive cricketers and are often seen reacting with his fans through social media. Last Friday, Warne entertained his fans by answering their question in a short question/answer session on Twitter and today he once again did the same as he communicated with his fans with #AskShane, which soon started trending. CricLife presents some interesting cricketing facts about him from his question-answer session on Twitter.

@ShaneWarne #askshane craziest teammate to take out on a big night on the town??

4. On coaching any international team

@ShaneWarne will you ever try to coach Australia?

Yes, one day I would like to coach an international team, but will wait till my kids have all finished school. https://t.co/YfRwbEXFcK

5. Any regret in career?

Not 1 regret in my life as you can’t change the past so why dwell. It’s done,move on & try to become a better person https://t.co/QX1z6uGNx0

@ShaneWarne If not Cricketer, What you want to be.?

@ShaneWarne which indian ground r ur fav..???N wht do u think abt master sachin..??

Loved my time playing for the Royals in the IPL & the ground, but probably Mumbai https://t.co/r9Fnw3kkMD

9. Which player would he love to see in BBL?

@ShaneWarne Who do you think will win the World T20 Cup? #askshane

11. Favourite ground to play in Australia

What was your favourite deck in Australia and also around the world to bowl?@ShaneWarne #AskShane

12. Hobbies other than cricket

13. His top five cricketers among the players whom he played with

@ShaneWarne what’s your top 5 cricketers you played with?

Very tough, but would say my top 5 players to watch or learn from… 1 Border 2 McGrath 3 M Waugh 4 Merv 5 Taylor https://t.co/X3CBuwtln5

14. Best ever Pakistani player he has played against

15. Best captains of his time

@ShaneWarne the Best Captains you have seen in your era and now?

16. His top three all-rounder of all time

@ShaneWarne your top three all rounders of all time #askshane 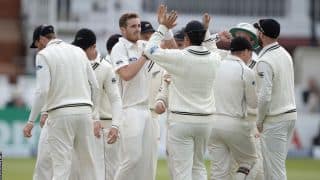