In the history of game, Virender Sehwag will be remembered as one of the most impactful batsmen of all time.

In the history of game, Virender Sehwag will be remembered as one of the most impactful batsmen of all time. Straight forward by nature, Sehwag played cricket the same way. He never bothered about field placement when he is batting, moreover he would go for a big hit at the same area where the fielder was placed. Virender Sehwag: 11 stunningly shocking statements made by the Delhi maverick

There were confusions over his retirement after reports came out on Monday, however the Delhi dasher finally through a tweet announced his retirement from international cricket and Indian Premier League (IPL) on Tuesday. It’s unfortunate that a great like Sehwag didn’t get a farewell game.Virender Sehwag: 30 facts about one of game’s most explosive batsmen

Making his debut for India in 1999, Sehwag became a regular in the side in 2001. He last played for India in 2013. He was a part of India’s World T20 Championship triumph in 2007 and also starred in the side’s World Cup win in 2011. He was one of the main reasons for India climb to the No.1 spot in Test rankings in 2009.Twitter reactions: Virender Sehwag retires from international cricket and IPL

As his glittering cricketing career comes to an end and on the occasion of his 37th birthday, Abhishek Kumar compiles 19 memorable quotes from the cricket world on one of the most fearless batsmen the game has seen. 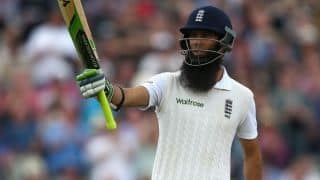