Alan Mullally, who was born in Southland, Essex, spent most of his growing years in Australia.

Born July 12, 1969, Alan Mullally is a former English cricketer, primarily a left-arm medium pace bowler. He had the ability to get the ball back into the right-hander and did a commendable job with the red ball at the domestic level but didn t stand up to the expectations in the international arena. His cosy action made his bowling look pleasant for any purist. Suraj Choudhari pens down 11 lesser-known facts about wily bowler.

1. Australian factor: Mullally was born in Southland, Essex and spent most of his growing years in Australia.

2. Represented Australia: As Mullally spent most of his teenage time in Australia, he also represented the national side s Under-19 team against West Indies in 1987.

4. Spider: Mullally was also acknowledged as Spider, a name which he earned while playing for Western Australia. On receiving this name, Mullally was quoted in CricketCountry saying, When I played club cricket in Australia we had an opening bowler nicknamed Snake because of his physique. His physique was similar to mine but we couldn t have two Snakes in the team so I have been Spider ever since.

5. Ganguly s wicket: Mullally ended Indian legend Sourav Ganguly s dream run on the latter’s debut Test by scalping his wicket for 131. He uprooted Ganguly s stumps and brought an end to one of the marvellous debut innings at the Mecca of Cricket Lord s

6. 30 pints of beer: Mullally was reckoned as one of the terrible number 11 batsmen. However, surprisingly Mullally played couple of memorable knocks which also made a memorable anecdote. During the Oval Test against Pakistan in August 1996, Mullally walked out to bat with nine wickets down when his coach offered him to treat with 30 pints of beer if he manages to score 30 odd runs. Mullaly was pumped and smashed four boundaries only to instigate the furious Pakistani bowlers. Later, Akram got the better of him as he ripped through his defences and dismiss him on 24.

7. Drink and drive: Mullally was fined $2,000 ( 980) and also witnessed his driver s licence being disqualified for a period of three years after committing a drink and driving

offence. This was also the fourth time when Mullally was found drunk and hitting the wheels.

8. Move to England: After being born in Australia and representing Western Australia, Mullally moved to England and represented Hampshire. He further drilled extremely hard and went on to play for the national side.

9. Record: Mullally was very tidy with his line and length, he was very difficult to get away with and hardly leaked any runs in the shorter formats. Among all the English bowlers to have scalped 50 or more wickets in ODI format, Mullally s economy of 3.84 is the second on the list in terms of best economy Bob Willis grabs the top spot for a staggering economy of 3.28.

11. Most memorable moment: During the Melbourne Test of 1998 Ashes Mullally was sledged by Glenn McGrath as the former played every stroke he had in his textbook to score 16 valuable runs. England were 221 for nine when Mullally took guard, he garnered some priceless runs lower down the order and helped his side in positing a target of 175. Australia fell short as they were bowled out for 162 runs and England won the game by a whisker of 12 runs. The epic incident with McGrath was also termed as the most memorable one by Mullally. 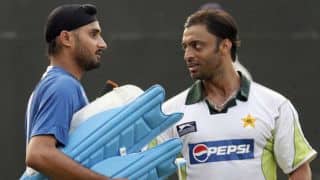