Alastair Cook, born on December 25, 1984, is one of the greatest batsmen to have played for England.

Alastair Cook, born on December 25, 1984, is one of the greatest batsmen to have played for England. As he turns 31, he already is England’s leading century maker in Test cricket and has over 8,000 runs in the format. Cook is one of the most solid batsmen around and leads England with dignity in Test cricket.

As a young boy, Cook was a promising musician. Telegraph reported that his parents had gifted him a clarinet when he was only eight years old and he was a student at the St Paul’s Cathedral, London, where he honed his skills. Even when he moved to Bedford, it was his music that helped him get through. Cricket became his focus. After his England debut, he did play the saxophone for a program called Freefonix.

2. Singing with an established singer

Before his cricketing days, Cook has the distinction of singing with the famous New Zealand singer Dame Kiri Te Kanawa, who is known for her opera music.

3. First tours – not as a cricketer

When Cook was a young boy, his music took him to Brazil and the Netherlands. Little did anyone know then that he would be a cricketer and then travel the whole world! Those two trips were a precursor to what was to come, albeit through a different medium.

There are two more famous Alastair Cook, though they spell their names differently. Alistair Cooke was a very famous journalist, known for Letter from America. Then there is Alistair Cooke, Baron Lexden who is a well known historian and a member of the House of Lord’s.

5. Scoring a ton for Marylebone Cricket Club as a 14-year-old

When Cook was 14 years old, he turned up for Marylebone Cricket Club (MCC) in a game against Bedford. It was by accident as MCC did not have one player and young Cook was summoned. He duly responded by smashing a ton.

Former England player, Derek Randall played a huge role in the development of Cook as a player. Randall was at Bedford school and mentored the precocious Cook into the player he is. Speaking to Guardian, Randall said, “I helped Alastair as a young boy, but he gave me more pleasure at this school than I gave him help, if I’m honest. He’s really moved on since he was here. It’s just fantastic.”

In 2000, Cook represented England under-15s in the Under-15s World Challenge. Tim Bresnan and Samit Patel were also a part of the side. Cook then went on to become a regular for the England under-19s, leading them during the ICC Under-19 World Cup 2004 in Bangladesh.

Cook was only 15 years old when he made his second XI debut for Essex in August 2000. The second XIs are considered the pathway to make it to the senior county side and Cook was on his way at the age of 14.

Cook is an occasional bowler and it was only in 2014 that he took his maiden international wicket. At the under-19 level, he was a more regular bowler. In an under-19 Test against South Africa in 2003, he dismissed future competitors AB de Villiers and JP Duminy. While Duminy was dismissed for 116, de Villiers was out for 99.

Not many would associate Cook with getting a T20 hundred given his recent struggles in one-day cricket. However, in 2009, he scored a T20 ton against Surrey. His unbeaten 100 came off only 57 balls with 11 fours and four sixes. He shared an opening stand of 169 with Mark Pettini, who scored 87. India vs Australia 2014-15, 3rd Test at Melbourne: India has a good chance to bounce back says Michael Bevan 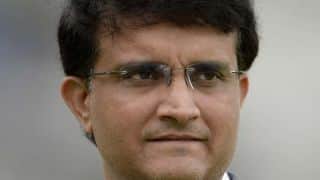