Donald was affectionately known as White Lightening . He was noted for applying zinc cream on his cheeks and nose, and of course for his menacing pace.

Fast, aggressive, fearsome with zinc lotion applied across his cheeks and nose, Allan Anthony Donald, was undoubtedly one of the greatest and most feared fast bowlers of all time. Born October 20, 1966, Donald became the first-ever South African to breach the 300-wicket barrier. As the legend turns 50, Suvajit Mustafi looks at 22 interesting facts about the man who was one of the main reasons that South Africa s return to international cricket post-apartheid was successful.

1. White Lightening : Donald was affectionately known as White Lightening . He was noted for applying zinc cream on his cheeks and nose, and of course for his menacing pace. Years later, Donald s autobiography was titled the same.

3. Cricket or Rugby? Rugby is the No. 1 sport in South Africa and as a youngster Donald was in dilemma on what would he take up. In an interview with The Guardian, Donald revealed, Rugby is the number-one sport by a long way, cricket is the number two and then football. I used to play fly-half and full-back and then played in the army and quickly realised it was a game for men, a bloody harsh game. I was playing against Pretoria and they had some Bulls in their line-up and I got nailed in a ruck and I thought, That’s the last time I want to be on the wrong side of the ruck.” It was a good job I was flying to England [to join Warwickshire] in a couple of days’ time.

4. Beginning: A young Donald in 1984 made it to the Orange Free State team, after he picked 9 for 16 against his uncle s school. However he injured his groin and had to wait a year before he made his First-Class debut.

5. First-Class debut: The 19-year-old Donald was a last minute inclusion in the Orange Free State side against their game at Transvaal in November 1985. Donald was overawed with the fact that he would be up against the likes of Graeme Pollock, Clive Rice and Kevin McKenzie. Donald s team lost the game and the only wicket he picked in the match was of Jimmy Cook, who later became his teammate at international level.

6. South Africa s memorable international comeback: November 10, 1991, is a date South African cricket will never forget. That s the day they played their first game after their readmission to international cricket. Eden Gardens in Kolkata was the venue for the One-Day International (ODI). Donald recalls the madness in an interview with All Out Cricket, We arrived in India and the streets were lined from the airport to the hotel. We just sat there and thought, This can t be for us, surely! It was unbelievably humbling. They kept saying to us that there s going to be 100,000 people at the game and I can tell you that when we arrived to warm up the ground was full.

7. Unforgettable international debut: The Kolkata game will be best remembered for Donald s exploits. After South Africa were put in to bat, they put on 177 on the board and Donald with the red cherry made life miserable for the Indian batsmen. In his first ever-international game, the 25-year-old Donald claimed figures of 8.4-0-29-5. It was the teenager Sachin Tendulkar, who battled it out with a magnificent 73-ball 62 to take India home. He was ably supported by debutant Pravin Amre. Donald and Tendulkar were both adjudged the Man of the Match.

8. Fast and furious: Referring to the Kolkata game again, the now CricketCountry and Criclife editor Abhishek Mukherjee, a then cricket fan was at the Eden Gardens, watching the game as an ardent fan. He recalls, I had never seen something like this before. I was curious to see the wicketkeeper Dave Richardson standing at the edge of the 30-yard circle. Whenever Donald bowled, all I could see was a puff of dust from the pitch. True, Donald in the early and mid 90s was the fastest bowler in the globe.

9. World Cup 1992: Donald could have got a wicket from his first ball in World Cup. He got a noticeable edge from Geoff Marsh but the umpire didn t give the decision in bowler s favour. South Africa s campaign ended in the semi-final thanks to the controversial rain-rule. Donald had a decent World Cup. He picked up 13 wickets at 25.30 and bowled at an economy rate of 4.21.

10. Test debut: Days after the World Cup, Donald finally had the privilege to be a Test cricketer. The Bridgetown Test will be remembered for Curtly Ambrose s heroics as he guided West Indies to a win, but Donald made a mark in that game. He claimed match figures of 6 for 144 and one of his wickets in the second innings was a young Brian Charles Lara.

11. Tormenting India: Donald ended the eventful year of 1992 by tormenting the touring Indians. In the Boxing Day Test at Port Elizabeth, Donald claimed match figures of 12 for 139, as South Africa took a series lead.

12. Warwickshire: Donald was a mainstay for Warwickshire for many years. He represented the club in between 1987 and 2000. The club won two trophies in 1995 and Donald played a key role picking up 89 wickets that season. In 2002, he played for Worcestershire. His association with Warwickshire continued even after his playing days as he donned the role of coach. He had to leave the role in 2009 because of his son Oliver, who was having a tough time dealing with school.

13. The Rahul Dravid incident: In the tri-series final in 1997 at Durban, Sachin Tendulkar and Rahul Dravid were getting on with the chase and attacking Donald. The bowler then verbally abused Dravid and that led to racism allegations. Donald later wrote in his autobiography, I was really pumped by the time Tendulkar and Dravid came together, but they soon got after me. Tendulkar pulled me for a flat six over midwicket, a wonderful shot… but when Dravid smashed me for six and four, I got carried away in typical fast bowler’s fashion. I walked right up to him, face to face, and snarled, ‘This isn’t such a f**king easy game’ and the TV cameras had me in close-up, with everyone lip-reading my words. Dravid’s eyes lit up when he saw me standing so close, and the Durban crowd absolutely loved it.

India lost the match and Donald met Dravid and let him know that it wasn t personal but the latter didn t speak to him for a long time.

13. Trent Bridge Test: Donald once again overstepped the mark in the Nottingham Test of 1998. Donald was bowling fire as England stepped out to chase down 247. Donald and Mike Atherton were involved in an intense battle. One of his appeals of caught behind where it seemed that the batsman had gloved it was turned down by the umpire. Donald called the England opener, a f**king cheat. Atherton went on to score a gritty 98 not out as England won the game and later the series 2-1. Donald does agree that he had overstepped the mark.

14. 1999 World Cup run out: South Africa were the best side in the World Cup 1999 and were expected to win the tournament but the semi-final ended in a true heartbreak, as the term choker got stuck to them. Donald was one of the culprits. With one required from three balls and Lance Klusener (later, adjudged the Man of the Tournament) batting, South Africa were sure to win. Donald ran himself out after a needless mix-up.

Donald explained the moment in an interview with The Guardian, [When one was needed from four balls] I ran with my hands in the air. I thought we’d won, no question. I was looking at the Australian faces and they were saying we’ve done well, but we’re finally beaten now. I thought, Steve Waugh you are on your way. The next ball I backed up too far, I was two, two-and-a-half feet out of my ground and Darren Lehmann missed from point-blank range, I looked up at the heavens and thought this was just meant to be. I said to Lance, Make sure you hit this one out of Edgbaston.

And I thought, This is how he s been during the whole World Cup, in the zone, so comfortable under pressure. The next ball he hits straight. I couldn’t hear a thing. And there was a fielder five yards behind the wicket to save the single. And I just tried to get back and when I looked back there was no Klusener and the stumps were down and the rest is burned in history.

I don’t think that disappointment comes in bigger packages than that. It was the most disgusting thing that could happen. A shocking place to be. Not a lot of people came up to me and said bad luck .

16. A hero to villain: Donald had picked 16 wickets in the World Cup 1999 at 20.31 and an economy rate of 3.96. He bowled well to get South Africa to the semi-final stage but post World Cup, things changed. In the same interview, Donald recalls, The headlines in South Africa were not friendly. There was one saying, Donald, don’t bother coming home . And when I arrived back the first person I met at one of the gates looked at me and said, What are you doing back here? That’s how serious it was.

17. A Hansie Cronje admirer: Despite the match-fixing fiasco of 2000, Donald remains loyal to his former skipper Cronje. To The Guardian, he said, He was a natural leader, he was brilliant. The best captain I ever played under tactically. We plotted a lot to set up batters. He had a great gut instinct. He was a bloody good captain, no question about it.

20. Commentary: Post-retirement, he has been seen as a commentator for South African Broadcast Corporation (SABC).

21. Bowling coach: Donald is one of the most renowned bowling coaches in the world. He has been with sides like England, South Africa, New Zealand, Pune Warriors India, Warwickshire, Sri Lanka, Royal Challengers Bangalore, etc.

22. Reel: In the 2008 movie Hansie, which was based on the life of Cronje, the current South African team wicketkeeper Dane Vilas played the role of Donald. 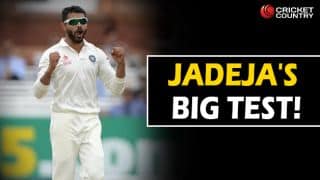