Catch the LIVE STREAMING of the Australia vs England on starsports.com

Australia and England meet in the 4th One-Day International (ODI) in Hobart on Friday. Both the teams are coming off a win in their previous matches. Australia will be looking to seal the finals spot by winning against arch rivals England. On the other hand, England will try to win the match and keep India away from the finals spot.

Australia will miss the services of David Warner, Shane Watson, Josh Hazlewood, Mitchell Johnson and captain George Bailey as Steve Smith gets a chance to lead the side. Shaun Marsh, Cameron White and Moises Henriques were added to the side ahead of the ODI. England will look to retain the same side which thrashed India in the last game. They were boosted by the performances of Steven Finn and James Anderson with the ball while Ian Bell and James Taylor shone with the bat; they will want to continue the winning momentum.

Catch the LIVE STREAMING of the game on starsports.com, the streaming starts at 8AM. 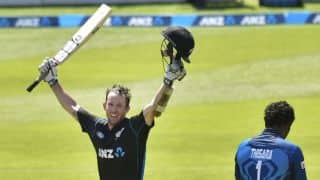 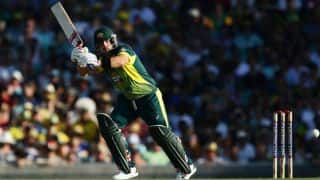