Arthur Morris, who was a part of Bradman’s famed 1948 ‘Invinclibles’ team, passed away on Saturday at the age of 93.

Don Bradman rated him as the greatest left-handed batsman and whenever Australia’s best ever openers are discussed, he is one of the first names discussed. Arthur Morris, who was a part of Bradman’s famed 1948 ‘Invinclibles’ team, passed away on Saturday at the age of 93.

Morris was the country’s oldest living cricketer who had played Test cricket. Wally Edwards, Cricket Australia’s (CA) chairman, said, “Arthur Morris was a great man and one of the true greats of Australian cricket who until now had been a treasured connection to an extraordinary era of the game.”

The governing body of the game in Australia, tweeted:

Morris was inducted into the Australian Cricket Hall of Fame with Bill Woodfull in 2001. Bradman chose Morris as the opener alongside Barry Richards in his greatest team in Test history. With Morris’s passing away, Neil Harvey remains the only living member of Bradman’s ‘Invincibles’ while Len Maddocks is now Australia’s oldest living Test cricketer.

Morris, an elegant left-handed batsman, was born in Sydney in 1922 and made his debut in the Ashes of 1946-47. He appeared in 46 Tests for Australia, scoring 3533 runs at 46.48. He struck 12 centuries and his highest score is 206. He also bowled occasionally and with his slow left-arm chinaman, he has two international wickets to his name. 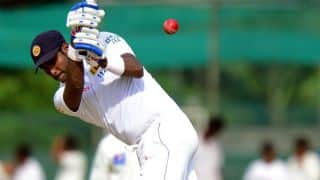