The seven established associations from Uttar Pradesh, Punjab, Chennai, Mumbai, Karnataka, Hyderabad and Bengal, have been asked to plan and publicise and Test cricket.

Test cricket in recent times have drawn very little crowd in India. The country may be producing the chunk of revenues for ICC but this is a serious concern. The Board of Control for Cricket in India (BCCI) has asked seven traditional centres to come ahead and get their act together and attract more engagement towards Test cricket as India is scheduled to play a lot of Test matches in the upcoming season. Six new international venues have been allotted a game along with the seven other too. The seven established venues in the form of Uttar Pradesh, Punjab, Chennai, Mumbai, Karnataka, Hyderabad and Bengal, have been asked to plan and publicise and Test cricket. Ajay Shirke,

The seven established associations from Uttar Pradesh, Punjab, Chennai, Mumbai, Karnataka, Hyderabad and Bengal, have been asked to plan and publicise and Test cricket. Ajay Shirke, BCCI secretary, wrote a letter to all these associations and asked them to come up with a presentation which will portray their plan. The working committee meeting, which will be held on June 24 in Dharamsala will have a look at the presentations. The BCCI also said about the difficulties it would face to market the game alone and seek help from these associations. Also Read:Anil Kumble among 57 applicants for the role of India’s head coach

According to Indian Express, the letter also highlights the invariable requirements for hosting the game, from hygiene and sanitation to ease of access to physically challenged fans, numbering of the seats, to 10 percent ticket reservation for girls and underprivileged.

The letter which deals with the marketing of the game reads, “As your venue has been allotted a test match this season, BCCI would like to call you for a presentation during the working committee meeting, on what steps you would take to popularize test cricket and bring the spectators for the match allotted to your association. What are your plans to raise awareness for the match and marketing for the same? BCCI can’t alone walk in the direction and it would need your support for the same to make it successful. The presentation should cover all these points and should be for about 5-7 minutes.” Also Read: Is BCCI looking for Hindi speaking candidates for the position of Team India’s coach?

Anurag Thakur, the then secretary, last year  also threw light on the least number of crowd turning out for Test cricket in the Mohali Test against South Africa and highlighted how Test cricket is losing its fan following. He said, “If you look at the game at Mohali, and even globally, the following of Test cricket is going down. We find fewer spectators at bigger venues which have huge sitting capacity. Even centres like Mohali could not manage to get enough people to the ground. I think it is important to reach out to the tier-two, tier-three cities where you can have a larger audience. And I personally feel that will help. If you look at Mohali, Delhi, Mumbai and Kolkata, they host T20 games, IPL all in a year. That’s the reason the crowd stays away from the Tests matches.”

Shrike also wrote, “As you are aware, the popularity of Test cricket is shrinking day by day and it is huge challenge to get spectators to the ground to watch a five day game in today’s fast paced world. BCCI, therefore this year, has taken test cricket to 6 new centres, which would be hosting test match for the first time.”

Good that BCCI has identified the problem and are looking ahead for solutions like day and night Tests. Test crickets populatisation is a challenge that BCCI have in hands and its extremely crucial for the game. 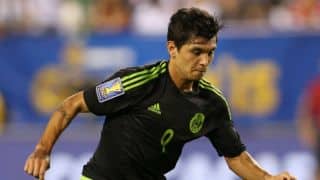