Brad Hogg: Bowlers can't wear helmets, so it's up to the authorities to look after the well-being of spinners

Brad Hogg: Bowlers can't wear helmets, so it's up to the authorities to look after the well-being of spinn

Former spinner fears for bowlers if batting continues this way.

After Australia scored World Cup record breaking and winning score of 417 against Afghanistan in the ICC Cricket World Cup 2015 on Wednesday, former Australian spinner Brad Hogg fears for the lives of the bowlers. “What happened to Phil (Hughes) was very, very sad and shocking. But honestly, I thought something like that would first happen to a bowler,” Hogg told Mid-Day.

Hogg, who hails from Western Australia and played all his club cricket in Perth, said it’s a sea change for him to see the bat dominate the ball even at a place like the WACA, which is considered to be the fastest track in the world. Hogg joined International Cricket Council (ICC) Dave Richardson in blaming the obnoxiously changing nature of bats for the uneven match between bowlers and batsmen nowadays. “Bat technology has to be controlled right where it is now. Thicker bats and fatter sweet-spots are making some of the balls hit back to bowlers very dangerous,” said the 43-year-old.

The current trend of thicker bats, according to him puts the lives of spinners at risk.”As a spinner, now the worry is not so much about being hit out of the park, but instead about being hit in your own follow through. Sometimes, if you’re bowling to a (Kieron) Pollard or a (Chris) Gayle and if they don’t get their shot straight above you, if they hit it incorrectly, the ball could come straight back at you. And it’s not just the Pollards or Gayles, I got hit by Hobart Hurricanes’ Michael Hill over a month back and that still stings my hand,” said the left-arm chinaman bowler.

“Bowlers can’t wear helmets, so it’s up to the authorities to look after the well-being of spinners,” said Hogg, who took 13 and 21 wickets respectively in Australia’s 2003 and 2007 World Cup-winning campaigns. Now a Twenty20 (T20) specialist, Hogg said the trend was bad for the future of the game too. “Mis-hits going for six are unfair. Cricket is a contest between bat and ball and let’s ensure that contest is more evenly matched,” added Hogg.

“Otherwise, if batsmen always keep hitting sixes so easily, then in about 10 years from now, you will not have any quality spinners, because no one would want to be a spinner,” concluded Hogg, who helped Perth Scorchers win Australia’s premier domestic T20 competition, the Big Bash League, in 2013-14. Hogg’s next assignment is the Indian Premier League (IPL) 8 where he will play for defending champions Kolkata Knight Riders (KKR). 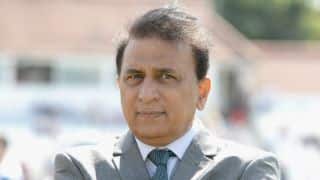