Warner paying tribute to his friend and teammate.

When Phil Hughes fell to the ground after being hit by the ball, David Warner was by his side all the while. Even as he was taken off the field, Warner sat beside him, caring for his friend.

Those pictures showed the friendship Warner shared with his Australia teammate. Both had opened the batting for New South Wales and batted with fearlessness.

When the news broke, Warner was seen leaving the hospital in tears. Soon after, he tweeted, paying tribute to his friend and teammate. 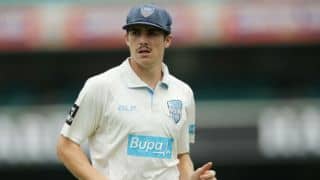