Bruce Nicholas French was an English wicket-keeper who represented England in 16 Tests and 13 One-Day Internationals (ODI).

Bruce Nicholas French, born on August 13, 1959, was an English wicket-keeper who represented England in 16 Tests and 13 One-Day Internationals (ODI). Suraj Choudhari lists down 10 intriguing facts about one of the most talented wicketkeeper’s whose career was hampered by injuries.

French was observed as one of the most talented wicketkeepers and his record would have been different if he would have born in a different era. Colin Bateman, a renowned cricket writer rated French very highly.

Bruce French’s elder brother Charlie was a wicketkeeper as well who played cricket at club level and he [French] rightly followed his brother’s footsteps and at the age of 16, Bruce was roped in by Nottinghamshire for his prowess with the gloves behind the stumps. Bruce’s younger brother Neil too played county cricket.

French was an alternative for Paul Downton on two tours and eventually made his Test debut against India in 1986.

4.  Four wicketkeepers in a match

In the first Test of New Zealand in England Test series back in 1986, four wicketkeepers kept wickets for England after French suffered a mistimed injury. The other three wicketkeepers were Bill Athey and two substitutes — Bob Taylor and Bobby Parks.

French had a dreadful time on the 1987 tour of Pakistan. While batting in the nets, an erratic fling by a spectator hit him. To add to his misfortunes, a car hit French at the main gate of the hospital. The tragedy continued as a light crashed on his head as soon as he was done with his treatment and was about to leave the cabinet. Things melted from bad to worse when he was also bitten by a dog in a freakish like incident, later in the tour.

During a Test tour to Pakistan in 1987, French rescued two young girls from drenching when he accidentally confronted them.

Injuries have played a massive role in French’s fleeting career. He was compelled to sit out of the side due to a freakish finger injury in early 1988 and was later replaced by Jack Russell.

French was included in the Mike Gatting-led rebellious tour to South Africa in 1990. He was quoted in Wisden Cricket Monthly in June 2004: “They [England XI] wanted a wicketkeeper. I had been out of the game for a year through injury and Jack Russell had come into the England side. It looked difficult to get back. I thought I would earn more from the tour than playing international cricket.”

French made the utmost use of his talent by rendering his services as the wicket-keeping coach for England. After a poor outing in the England’s tour of Sri Lanka in 2007, Matt Prior was sacked from the side. That’s when guardian angel French came in and worked on his technique which further helped him make a terrific comeback in a Test series against India in the succeeding year.

French had a keen interest towards hiking. Post-retirement, he followed his heart and pursued mountaineering. 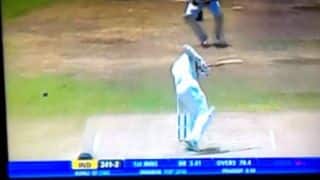 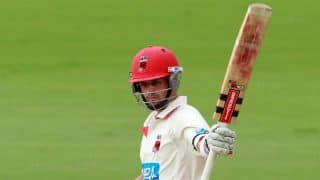