The verdict might be out on the court case surrounding Indian Premier League (IPL) but everything seems to be normal with the build-up to the 2015 tournament. According to the report on ESPNCricinfo, the 2015 IPL player auction will be held on February 16 in Bangalore. However, there was no clarity on the number of players involved in the pool of the auctions. It is because the deadline for franchises to trim the original list was deferred to February 4, 2015.

The report says that Indian stars Yuvraj Singh, Dinesh Karthik along with former England batsman Kevin Pietersen and South Africa’s Test captain Hashim Amla have attracted the highest base price of INR 20,000,000. An additional purse of INR 30,000,000 will be available to each franchise over and above the balance accrued from the INR 600,000,000 last year along with the amount generated from the release of players. 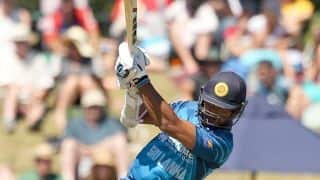 Sachin Tendulkar, Sourav Ganguly to be part of TV show for World Cup 2015