‘Andre Russell amongst the most reliable all-rounders’, says Daniel Vettori

‘Andre Russell amongst the most reliable all-rounders’, says Daniel Vettori

The left-arm spinner heaped praises on the Jamaican all-rounder Andre Russell, who was awarded the Most Valuable Player in this year's IPL

It’s Caribbean Premier League (CPL) time and former New Zealand great Daniel Vettori will be back playing in the greens. Vettori, who retired from cricket after the 2015 World Cup, coached Royal Challengers Bangalore (RCB) to the playoffs in this year’s Indian Premier League (IPL) and will now play for Jamaica Tallawahs (JT) in CPL 2015.

The left-arm spinner heaped praises on the Jamaican all-rounder Andre Russell, who was awarded the Most Valuable Player in this year’s IPL. Russell, who played for Kolkata Knight Riders (KKR) will be among the most vital players for JT.

Praising the all-rounder, Vettori said, “He in the last 18 months, has been one of the best and most reliable all-rounders in world cricket and T20 cricket. You’d be hard pressed to find a more dangerous batsman around. His bowling in the Caribbean can be a huge asset, coupled with the fact you can put him in the top three or four best fielders in the world as well. It’s a package that not many people can bring to that table and that’s why he’s one of the best players going around.”

The Tallawahs, who won the inaugural CPL in 2013, will open their campaign against Barbados Tridents at Bridgetown on June 23. 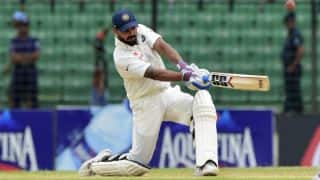 England have edge over Australia in The Ashes 2015 as they play at home: Shahid Afridi