Arjuna Ranatunga was sworn in as Minister of Ports and Shipping industry.

World Cup-winning captain Arjuna Ranatunga was included in the 27-member cabinet of Sri Lanka’s new President Maithripala Srisena on Monday. Ranatunga was sworn in as Minister of Ports and Shipping industry.

Ranatunga, who hails from a family of politicians, played 93 Tests and 269 One-Day Internationals. Post retirement from cricket, Ranatunga joined in the administration of cricket in Sri Lanka. He joined the People’s Alliance and was elected to the Sri Lankan parliament. He worked as a Deputy Minister for Tourism and later worked as President of Sri Lanka Cricket until December 2008. Later, he joined the Democratic National Alliance in 2010. 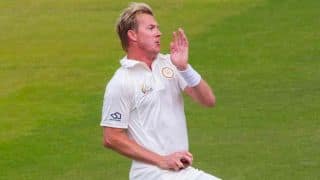