Aamer, who made his international debut at the age of 17, had a great start to his career, picking up 51 wickets in 14 Tests and 25 in 15 One-Day Internationals (ODIs).

Disgraced Pakistan fast bowler Mohammed Aamer could return to First-Class cricket in February after a relaxation of the conditions of his ban for spot-fixing.

The bowler was banned for five years along with his captain Salman Butt and fast bowler Mohammed Asif in a spot-fixing case in England in 2010. The trio were also jailed by a UK court in 2011.

International Cricket Council (ICC) revised the player’s code of conduct in November 2014 and added a provision that allowed a banned player to return to domestic games prior to the end of the ban. This rule change prompted the Pakistan Cricket Board (PCB) to file an appeal with the governing body to relax conditions of Aamer’s ban. However, a final decision on Aamer’s appeal will be taken in ICC Board meeting in Dubai next week. His five year ban expires in August this year.

“It is most likely that Aamer will get reprieve to play domestic cricket,” said the spokesman Agha Akber, as reported by Cricketcountry.

PCB also said that the other two players Butt and Asif took time to plead guilty and since they have not completed a mandatory rehabilitation, their cases will not be taken up with the ICC.

Aamer, who made his international debut at the age of 17, had a great start to his career, picking up 51 wickets in 14 Tests and 25 in 15 One-Day Internationals (ODIs). Before his ban, Pakistan cricket legend Imran Khan had described him as the “hottest property.” 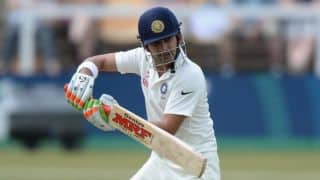