Shane Warne started with India and honestly, there were no surprises. The man, who gave Warne nightmare, Sachin Tendulkar tops the list.

Australian spin king Shane Warne is an entertainer even off the field. Time and again, he comes up with his All-Time XI and they surely make an interesting read. This time he came up with a different list altogether, a list of best batsmen he bowled to from each country.

Warne was speaking from the sidelines of England-Pakistan Test at Old Trafford when Joe Root was batting in his 1930s. Warne spoke highly about Root and went on to say that he along with AB de Villiers, Virat Kohli and Steve Smith are the best batsmen at the moment.

Coming back to Warne’s list, he started with India and honestly, there were no surprises. The man, who gave Warne nightmare, Sachin Tendulkar tops the list.

India: Calling Tendulkar, the best batsman of his generation, Warne hailed the batting maestro as the best batsman he bowled to. The other Indian he mentioned was former India opener Navjot Singh Sidhu, whom the leggie called “violent”. Sidhu was excellent against spin and many a times Warne was at the receiving end when he hoisted the latter for big sixes.

England: Warne has been extremely successful against England and is easily one of the Ashes greats. He has bowled to a hoard of quality England batsmen but goes on to say that Graham Gooch simply stands out as the best. Warne found it tough to bowl to Gooch who was very good at judging the length.

South Africa: Hailing Jacques Kallis as a fantastic batsman and the greatest all-rounder of his generation, Warne went on to name former skipper Hansie Cronje as the best South African batsman he has bowled to.

West Indies: This was not difficult for Warne. Hailing Brian Lara as the “best left-hander” of his era and sometimes even better than Tendulkar, Warne claimed that if a side needed 400 to chase and win, he would count on his “good friend” Lara to go out and score a 200 and win it.

Pakistan: Another left-hander rules the roost here. Calling Saeed Anwar “a class act”, Warne named the southpaw as the best Pakistani batsman he has bowled to.

Sri Lanka: You will have to watch the highlights of the World Cup 1996 final to know what Warne is talking about. Aravinda de Silva was a class apart and Warne spoke highly about the little Sri Lankan genius. His collection of wonderful cars too found a mention in Warne’s speech.

Zimbabwe: No doubt, Andy Flower‘s skills to tackle spin were top notch and Warne did laud his ability to sweep but the Australian legend mentioned Dave Houghton as the best Zimbabwean player he bowled to.

Bangladesh: Warne admitted to have played too little against Bangladesh. He played them at a time when they were struggling to make a mark against the other teams. We all have seen how talented Mohammad Ashraful was and it is sad that he did not make it count. Calling Ashraful a “pocket dynamo”, Warne named him as the best Bangladeshi batsman he bowled against.

While Warne was speaking, Root reverse swept one to reach his double ton. Hear all of the above from the horse’s mouth: 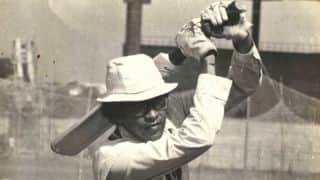