The movie is all set to hit the theatres on August 19, but surprisingly it has countered a barrier as the Indian censor board has asked the makers of the film to cut down an intimate scene.

Former Australian cricketer Brett Lee has an old bond with India. The pacer starred in his debut series against India where he scalped 13 wickets in couple of Tests and announced himself on the big stage. Lee and his love for acting and singing is well-known. He was previously seen in a music video with renowned singer Asha Bhosle and is also set to debut in Bollywood with his upcoming movie Unindian . ALSO READ: Brett Lee to appear in Bhabi Ji Ghar Par Hain .

The movie is all set to hit the theatres on August 19, but surprisingly it has countered a barrier as the Indian censor board has asked the makers of the film to cut down an intimate scene, which originally was over a minute long but has been cut down to barely 20 seconds. ALSO READ:Brett Lee to make his The Kapil Sharma Show debut.

As per the reports from Times of India, a committee suggestion was quoted while speaking to Anupam Sharma saying, Remove the sideways visual and end climatic shot. The s** scene not to be synchronized with the mantra chanting.” ALSO READ: Gear up to watch Brett Lee and Tannishtha Chatterjee s sizzling on-screen chemistry in ‘Unindian’

Sharma wasn t pleased with the statement and has expressed his grief over this. He said, The love scene runs simultaneously with a sermon scene where followers chant ‘Om Shreem Hreem’ which are spiritual chants and not religious. I’m a practicing Hindu myself so there is no way I would offend anyone’s sentiments.

Lee too voiced his opinion on this but eventually left the whole issue to director. He told Indian Express.com, It s been very tastefully done. It s about two human beings becoming one which happens in everyday life and which happens in this film. It s an Australian film first of all. It s produced and directed by an Indian and obviously, Anupam (director) is an Indian and he knows Indian culture. I was born in Australia. The actress(Tannishtha) is Indian. So it s pretty much been made by Indian people. I am not the one to judge and certainly won t be going down that road which is right or wrong. I am stepping aside and leaving it them to find out what is wrong and if it is tasteful. If it doesn t work and it s not right then it is up to them to make that call. 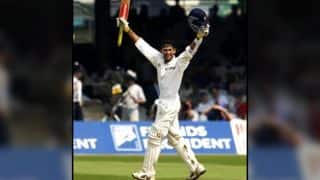