The fifth edition of Celebrity Cricket League (CCL) 2015 which started on January 10 has entered the third week of play where Telugu Warriors will face Karnataka Bulldozers in match one of the blockbuster weekend while Kerala Strikers will go against Veer Marathi later in the day at Kochi.

The last four matches played between the eight teams took place at Ranchi and then at Bangalore.

Mumbai Heroes are pitted against Chennai Rhinos in the first game on Sunday (starting 2.30pm) at Ahmedabad while the night match (7pm) will feature Bhojpuri Dabanggs and Bengal Tigers.

Here are the complete points table and squads of CCL 2015:

Updated till Kerala Strikers vs. Veer Marathi match on January 25, 2015 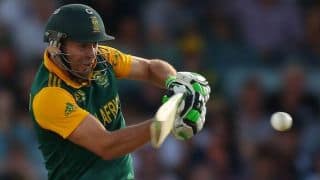