Catch the live action of the sixth match of CCL 2016 between Bhojpuri Dabanggs and Punjab De Sher here.

Punjab De Sher and Bhojpuri Dabanggs will take on each other on Saturday in the 2016 edition of Celebrity Cricket League at Sardar Patel Stadium in Ahmedabad. This will be the sixth match of the tournament. This if the first season for Punjab team and an important one, they lost their first match against Mumbai Heroes and will be hoping for revival of fortunes in this game. Bhojpuri team will be playing their second match of the season and will be eyeing to continue their winning momentum after their fine victory in the first match against Bengal Tigers.

Sonu Sood led Punjab team will be looking for their first win of the tournament with their side filled with Punjabi stars. On the other hand, Manoj Tiwari will lead the Bhojpuri Dabanggs and has done a good job in the previous tournaments. He also has good amount of experienced players in the side. Irrespective of who wins the match, this is going to be an exciting encounter between the two teams from two different sides of the country. Catch the live action of this match here.

Sachin Tendulkar delighted with an exotic gift from Taj 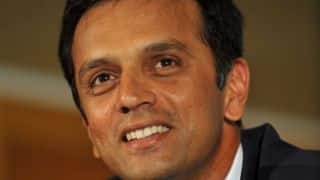