Pune and Chennai added to the venue roaster after the IPL Governing Council meeting on Tuesday.

After the Indian Premier League’s (IPL) Governing Council meeting, Chennai and Pune have been added to the list of host venues for 2015 season, scheduled in April-May, after missing out on the distinction in 2014 due to different reasons.

According to agencies, a source after the meeting said, “At the request of King’s XI Punjab (KXIP) , we have decided to allot two or three of their home games to Pune.”

Last year Pune did not host any IPL game at the new stadium on its outskirts after the scrapping of the city’s franchise outfit Sahara Pune Warriors by the BCCI. Chennai lost few matches to Ranchi last year due to a dispute with the local municipal corporation over a section of the stands in the refurbished MA Chidambaram Stadium in Chennai.

“Chennai would host IPL games. It doesn’t matter if some of the stands have to be kept empty of spectators,” the sources said.

Though they did not specifically say, it was understood that the stadium would play host to the home games of Chennai Super Kings. However, the fate of the team is still uncertain after the Supreme Court’s verdict in the betting and spotfixing case.

The IPL GC on Tuesday decided to allot all home games of Rajasthan Royals to Ahmedabad as was the case in 2014 and not its earlier host city Jaipur. Cricket Club of India’s Brabourne Stadium, which hosted the Eliminator between CSK and Mumbai Indians last year, has been handpicked by the GC to host a few “league stage games”. 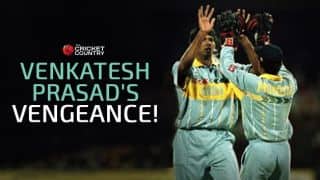