The Board will consider at the meeting on February 11, 2015 reorganisation proposals relating to the said subsidiary, India Cements was quoted in a report Cricketcountry.com.

On September 26, 2014, the Board of Directors of the company had approved the proposal to demerge CSK into a wholly-owned subsidiary by transferring its net asset at costs. The effective date of transfer will take place on January 1, 2015 was also said by them.

The Supreme Court directed that BCCI elections be held in six weeks subject to the condition that no one who has any commercial interest in the BCCI events (including N Srinivasan) shall be eligible for contesting the elections for any post whatsoever . 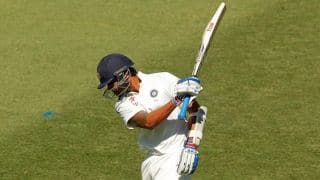 Pakistan players will only get to play in IPL after bilateral ties with India are restored: Najam Sethi