It was a David Miller six that struck the constable in his eye, while he was on duty in the stands.

For players and fans, Indian Premier League (IPL) is a celebratory time but at the same time it gets very demanding for police and security personnel. The match between Kings XI Punjab and Kolkata Knight Riders (KKR) at Eden Gardens turned out to be a nightmare for a police constable, Aloke Aich, who lost his right eye.

It was a David Miller six that struck the constable in his eye, while he was on duty in the stands. Miller was trying and giving his side the best possible finish. In the final over of the innings, Miller in attempt to maximise the scoring struck a colossal blow and it went on to hit the eye of the unfortunate Aich. The 53-year-old constable was at once taken to the Cricket Association of Bengal’s medical centre before being admitted to Alipore hospital.

Miler expressed his concerns and offered prayers to the injured constable and his family. Miller said he was shocked with the freakish incident, as no star would prefer an alluring stroke to turn into a decisive moment for his fan. Miller expressed his grief for Aich’s family and posted his sympathies from his official Twitter account.

I am still in a state of shock and deeply saddened to hear about the loss of Mr Aich’s eye. A freak accident! My prayers are with u. 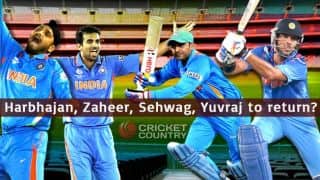