David Warner recently had an awkward moment when he lost one of his cricket bats.

Swashbuckling Australian opener David Warner, who made a sensational comeback to the Australian team on Wednesday in the fourth One-Day International (ODI) against India after the paternity break, recently had an awkward moment when he lost one of his cricket bats.

The new father had one of his bats missing just before joining the team back. Incidentally, Warner found the bat online, as somebody was trying to sell it. He immediately took to his official Twitter handle and posted the image of a man holding two bats, one of which was Warner s.

Does anyone know this bloke. One of my bats have been taken from my bag and he is flogging it online. pic.twitter.com/JxhJ7nAvWp

The caption accompanying the image was an appeal to help Warner find his bat. In no time, the tweet was retweeted many times, with the final count crossing the thousand mark. Eventually, he found the bat and came to know that the guy didn t steal it, and was just having some fun with it. Warner immediately tweeted the news of bat s recovery and also put an end to the episode by giving a clean chit to the supposed thief. His tweet read:

We have found the bat. He thought it would be a joke to take a pic and pretend to sell it online. He did not steal it he just took a pic.

Warner smashed 92-ball 93 on Wednesday coming out of break after the birth of his second daughter Indi Rae and played a crucial role in Australia s victory. He already has a daughter Ivy Mae, who often accompanies him to the grounds with her mother Candice. 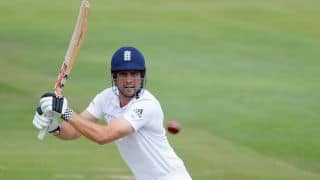 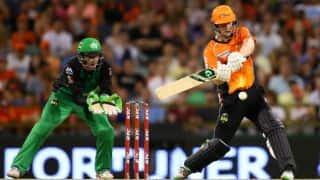