The Supreme Court of India today has observed that the Chennai Super Kings should be disqualified without any further probe by the Mudgal Committee.

The Supreme Court (SC) on Thursday came down heavily on the Indian Premier League (IPL) franchise Chennai Super Kings (CSK), as they observed that CSK should be disqualified without any further probe by the Mudgal Committee.

The Supreme Court stated that the ambiguities surrounding the entire IPL spot-fixing case are reasons enough for the franchise’s disqualification. The bench also raised questions on the N Srinivasan’s conflict of interest, due to him being the Board of Control for Cricket in India (BCCI) head, as well being the owner of CSK.

“We want to unravel the truth surrounding the owner of India cements,” said the apex court in a statement, seeking details of N Srinivasan’s family holdings in the company.

The probe panel headed by former judge Mukul Mudgal has charged Srinivasan with “covering up” his son-in-law Gurunath Meiyappan’s role.

The judges said: “We don’t expect people to stand up and confess. There could be corollaries and consequences arising from the inferences contained in the report. That you cannot escape.”

The court also reportedly observed that those who are under investigation should be kept away from elections in the BCCI.

The bench, who on Tuesday had remarked that Meiyappan’s role in IPL betting and spot-fixing seemed like an “insider trading”, is reported to have asked some tough questions like:

“Who is controlling Chennai Super Kings?”

“Why didn’t the BCCI disqualify CSK?

“How can you say there is no conflict of interest?” 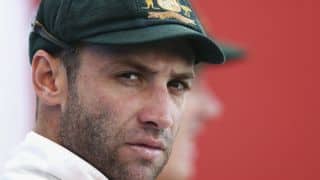