England became the first team to announce the 15-man squad.

England became the first team to announce the 15-man squad, following the appointment of Eoin Morgan as the captain of the One-Day International (ODI) side on Saturday.

National Selector, James Whitaker, said: “We have had to make some difficult decisions to get to our final squad but firmly believe that the 15 players selected offer the very best chance of success at the World Cup.

“I would like to congratulate all players on their selection and wish Peter, Eoin, and the squad all the very best. Representing England in a World Cup is a huge honour and responsibility, something all the players recognise. There have been a number of promising performances from players in recent series and it is important that this squad continues to develop their one-day skills quickly and players start to show the sort of consistency needed to succeed regularly on the world stage.” 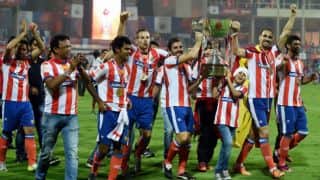