Shehzad took to Twitter to share with the world the pictures of his colleague Umar Gul, straight from ground zero, the gym in this case.

The Pakistani death-overs specialist has expressed his intent to return to the Pakistan team and on Monday had tweeted:

Gul, once a regular in the green outfit, was side-lined from competitive cricket for about nine months, in 2013, due to a knee injury, and since then has only sporadically played limited-over’s cricket for his country. His last outing for his national side in Test cricket was two seasons ago, 2013 against South Africa. However, he recently played the One-Day International (ODI) series in Bangladesh in April. 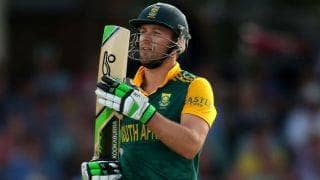