Gayle is once again back with his funny act to break the internet with his hilarious post.

West Indies batsman Chris Gayle aka self-proclaimed universe boss is surely among the craziest persons in the cricketing world. Be it on the field or off it, Gayle continues to make everyone laugh with his hilarious antics. Also Read: Meet ‘Sheikh Chris Gayle’

Gayle is currently busy in playing Caribbean Premier League (CPL) and leading the Jamaica Tallawahs side in the tournament. He is currently the only Caribbean batsman to score a ton in this season so far. Beside being busy in playing CPL, Gayle is once again back with his funny act to break the internet with his hilarious post on his official Facebook account. He posted a video of him with his drinking partner, whom he calls Charlie and that partner is not a human, infact it’s monkey.

Don’t be shocked, watch it here:

Gayle never stops entertaining himself and his fans and is undoubtedly one of the most active cricketers on social media and is certainly making the most of his fan base. Keep going Gayle, sorry, it’s ‘Universe Boss’ right? 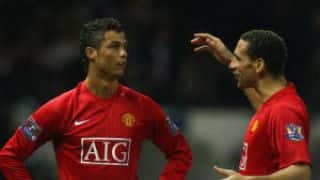