Former Australian captain Ian Chappell who is not pleased with a few team selection decisions for the upcoming ICC World cup 2015 believes that the hosts will face tough fight from India and South Africa during the colossal event starting February 14.

Chappell also feels that the Indian batting line up and pace bowling attack cannot be underestimated, “Australia is superior to all but India’s powerful line-up in batting and the pace bowling is the equal of South Africa’s talented triumvirate and better than the rest. It’s fielding, which will be important on Australia’s bigger grounds, is athletic and includes some strong arms,” he wrote in his column for The Daily Telegraph.

Talking about Australia’s decision of not including any specialist spinner for the marquee event, Chappell said,”I only have two quibbles with the chosen World Cup squad of 15: the non-selection of a leg-spinner and Steve Smith not being vice-captain to take over in a situation where Michael Clarke doesn’t make the fitness deadline.”

Australia start their World Cup campaign against England in the second match on the opening day at Melbourne Cricket Ground (MCG), Australia. 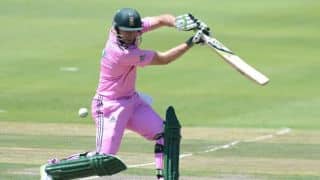 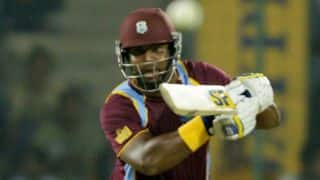