Kasprowicz wanted a full house at MCG with India and Australia playing the final and the hosts winning by one run.

The former Australian pacer Michael Kasprowicz believes Indian batsmen will carry the momentum of the Test series in to the ICC World Cup 2015 and added that the visitors have confidence on their side going into the big event.

As quoted by CricketCountry, Kasprowicz said, “With the players that are there in the squad, having come after a fantastic Test series, their form is crucial. That momentum, they will carry through. Being the current world champions, they are confident. T20 cricket introduced that confidence and changed the way the batsmen play today. Nothing is impossible now and chasing down those big totals is part of it.”

He said, “The Test wickets are always (for) batting. Being a fast bowler, they always feel like they are batting wickets. I think the one-day wickets you’ll find would be fantastic. You’ll get the extra bounce in the Australian conditions. Of course, you are playing in New Zealand as well. They have different conditions. They will be slower. The unique part about the Australian wickets is that they are little stiffer. But one thing is guaranteed, there will be some fantastic wickets.”

Speaking about the spinners, Kasprowicz said, “Yes it does definitely. It (spin) slows the game as well. With the ball coming up nicely, in good conditions, you’ll find that spin has a huge impact in limited overs cricket just changing things up as well. That’s going to be really interesting I think. Who is going to win in the end! I don’t think it is going to be about the spinners but about the most runs.”

“It is interesting isn’t it! With 15 people, you have to try and fit a lot of the players. I am happy with the Australian side and there are plenty who missed out. I suppose with leg-spin, it would have been interesting. The wickets themselves don’t turn, certainly not like the sub-continental wickets, but you will get bounce. I know Shane Warne used to love bowling, particularly at the Gabba, which is one of the bouncier wickets in Australia,” Kasprowicz said about the wrist spinners.

Speaking about travelling India, he said, “I’ve been travelling to India since 1998 and have loved it. I love the people here and the energy. I’d love people (Indians) coming to Australia.”

Speaking about MS Dhoni, former India captain Sanjay Manjrekarsaid, “He is a unique character. When he steps out, he doesn’t carry any baggage or think too much about the future. For him, Cricket is the next ball. I do believe in the World Cup, he is half the Indian team because of the temperament and the way he bats.”

He added, “The two greatest areas of improvement are the running between the wickets and fielding. The Achilles Heel for India would be the death bowling. That is why the onus is on the spinners in the middle overs to create the pressure.”

About Xavier Doherty’s selection in th World Cup squad, Kasprowicz said, “He is very experienced and you need that in world cups. You see experience comes through and Australia have done that. He brings a lot as he bowls tight.”

Kasprowicz wanted a full house at MCG with India and Australia playing the final and the hosts winning by one run. 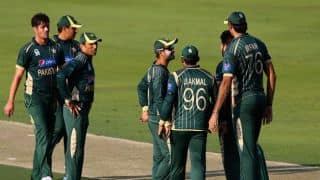 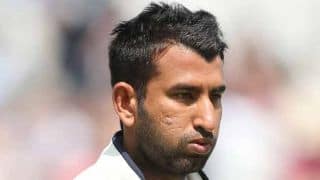