Sunil Gavaskar once again lashed out at Indian bowlers

Former Indian cricketer Sunil Gavaskar once again lashed out at Indian bowlers for their poor show in tri-series. The Indian bowlers failed to take 20 wickets in the 0-2 Test series defeat against Australia and again failed to defend a total of 267 runs in the opening One-Day International (ODI) of Tri-series.

Gavaskar believes that the bowlers now should be on the right track as they are now used to Australian conditions, but they are still not learning from their past failures on foreign soil. He further added, “At the moment it just looks to me as if even the bowlers are bowling well within themselves. They have had a long tour, the Test series and they don’t want to stretch themselves to such an extent that they might cause some injury to themselves going into the World Cup.”

The former Indian Captain still hopes of a comeback from the Indian side, as they played very positively in England during ODI series, “They handled themselves really well in England. So I am hoping that they will be able to find the same rhythm that had in England and restricted them to win the series 4-1. If that happens then India will be a formidable team,” said Gavaskar. 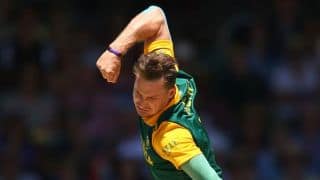