Injuries just never leave the Indian left-arm seamer Irfan Pathan. Pathan, who will be playing for Chennai Super Kings (CSK) this year in the eighth edition of the Indian Premiere League (IPL), has injured himself before the team's opening game against Delhi Daredevils (DD).

Injuries just never leave the Indian left-arm seamer Irfan Pathan. Pathan, who will be playing for Chennai Super Kings (CSK) this year in the eighth edition of the Indian Premiere League (IPL), has injured himself before the team’s opening game against Delhi Daredevils (DD).

Pathan, who was bought by CSK in this year’s IPL auctions, was training with the team for the past few days. Unfortunately, has again sustained an injury and CSK’s chief coach Stephen Fleming confirmed that the left-arm bowler will not be available for selection against Daredevils.

“Irfan Pathan is not fit. Another pacer Andrew Tye is also carrying an injury. They won’t be considered for selection at this stage. Their progress will be assessed on a day to day basis,” Fleming was quoted in a report from Press Trust of India (PTI).

The Baroda all-rounder’s injury list is never-ending, ranging from hamstring, knee, calf muscle etc. With Pathan being injured, Fleming has backed veteran pacer Ashish Nehra, who can come as a replacement.

“We have a trend reviving older players. Nehra still has some life left. People focus on youth. But I like experience. Nehra and Hussey are key components in our side. The knowledge they can pass on is immense. The MS Dhoni and Raina factor will be crucial. I like their work and attitude,” the former New Zealand’s skipper said.

The New Zealander has stressed on the rotation policy of his seamers in the team saying, “The pacers in our squad is quite well rested. Only Mohit Sharma has had a full campaign. It’s the same with the overseas seamers. They didn’t have a full campaign. But this being a demanding tournament, we need to rotate them and keep them fresh.”

Fleming has been the coach of the men in yellow since seven years and naturally feels a bit nervous before the start of play.

“The first game is always a challenge and it sets the tone. If you play well, it is a bonus,” he concluded. 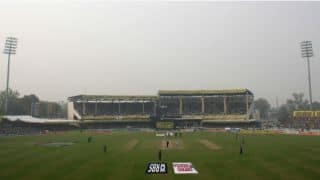 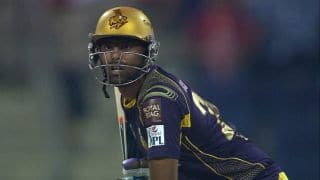