Chennai Super Kings (CSK) displayed superb composure to beat Royal Challengers Bangalore (RCB) by three wickets in Ranchi and advanced to the grand finale of Indian Premier League (IPL). CSK will face Mumbai Indians (MI) at Eden Gardens in Kolkata. The fans who turned up at Ranchi got the value for their money as they witnessed a close encounter that swung like a pendulum till the final over. Ultimately the yellow brigade which was like the home team walked away with the win and entered the tournament final for a record sixth time.

It was the sheer excellence and captaincy skills of local boy Mahendra Singh Dhoni , who judged the conditions to perfection and marshalled his troops accordingly. Despite knowing RCB’s prowess with the bat, he asked them to bat first. On a sluggish surface, RCB’s top order struggled as veteran Ashish Nehra made in-roads early on. While Nehra picked up the wickets, wily off-spinner Ravichandran Ashwin bowled with dead accuracy. The CSK bowlers even managed to keep Chris Gayle in a snooze mode, not allowing him to shift gears. Thanks to a late flourish by the 17-year old Sarfaraz Khan, RCB limped to a total of 139 in their 20 overs. Against the two-time IPL champions, it wasn’t going to be enough but still gave them a battling chance.

CSK started off on a stagnant note but Mike Hussey once again proved that why is he reckoned as Mr Cricket. He stuck to his guns and smashed 56 off 46 deliveries on a pitch which had everything for the bowlers. Faf du Plessis and Dhoni too chipped in with some priceless contribution which helped CSK to chase down the target.

Fielding lapses hampered RCB while defending a low target of 140 as they failed to convert those half chances into a wicket. Gayle dropped a sitter early on and they failed to stop Dhoni converting the ones into twos. In the end Dhoni’s experience and calm made the difference as CSK completed the difficult chase with one ball to spare.

Turning Point: The match was evenly balanced at the end of 17th over, where CSK needed 27 more runs to win from 18 deliveries. In the 18th over Harshal Patel conceded 14 runs and eased off the pressure from CSK’s dug-out. This over turned the match on its head as CSK now required just 13 more runs off last 12 deliveries. With Dhoni and Negi at crease, it wasn’t going to be a tough ask. 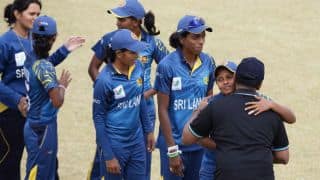 Pakistan vs Zimbabwe, 2nd T20I at Lahore, Preview: Time for the hosts to thump their authority