Sunrisers Hyderabad (SRH) wrecked more misery to Kings XI Punjab (KXIP) run in the Indian Premier League on Monday at Hyderabad. With this loss, KXIP are well out of the tournament.

SRH won the toss and elected to bat first, David Warner got off to a flying start and claimed the orange cap as he played a scintillating innings of 81 off 52 deliveries. Most of their players made some contribution but failed to contribute big. Moises Henriques made a huge impact with his all-round performance. SRH somehow managed to get a defendable score of 185 on the board.

KXIP bowled decently but Warner took their bowlers for cleaners. While chasing 186, they got a good start but they just lost thier way as wickets kept tumbling at regular intervals. David Miller stuck to his guns and fought hard. He almost carried his team over the line with his brilliant performance 89 off just 44 deliveries but they lost the contest by 5 runs. SRH are well in the run of making it to the play-offs and will look forward to do that.

Turning Point: Although Miller was fighting for a lost cause but he lamost snatched an improbable victory. In the final over KXIP needed 28 runs; Miller smashed two sixes of the first two deliveries but didn t manage to put away the third delivery. He again scored a boundary off the fourth one, with 12 needed from 2 balls Ishant Sharma bowled a dot ball which eventually proved crucial as the last ball of the match went out of the park and KXIP lost the game by 5 runs. Who knows? If Miller had an extra delivery to play the result might have been different. 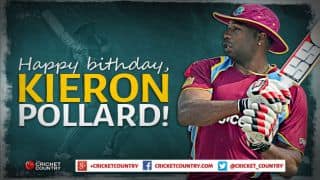