Dhoni is still expected to be the top pick while Jadeja and Ashwin, who had a great series against South Africa recently, should be favourites too.

On Tuesday, all the limelight will be on MS Dhoni, Ravindra Jadeja, Suresh Raina Ravichanrdran Ashwin and Ajinkya Rahane as the five top players each from the suspended franchises Chennai Super Kings (CSK) and Rajasthan Royals (RR) go to new Indian Premier League (IPL) teams Pune and Rajkot in the players’ draft.

The IPL 2016 players draft will be held at the Bandra-Kurla Complex (BKC) in Mumbai where fate of 10 players will be decided. The remainder of 40 players will go to February’s auction pool. Dhoni is still expected to be the top pick while Jadeja and Ashwin, who had a great series against South Africa recently, should be favourites too.

With Pune getting the first chance and Dhoni being the obvious first choice, there’s a strong possibility of Jadeja turning out for his home-town Rajkot, who bid second. Also overseas players like Brendon McCullum, Dwayne Bravo, Shane Watson, James Faulkner and Steven Smith could end up being the big buys.

Catch all the live updates here.

Excited to play for the beautiful vibrant city- Rajkot in @IPL. Looking forward to have new teammates and support from the people of Gujarat

Only surprise is @ShaneRWatson33 not getting picked. But still he will be a hot pick in the ipl auctions. #IPLDraft

Both Pune and Rajkot exhausted 39 Cr from their total Budget 66 Cr which means they have 27 Cr for Feb 6th IPL Auction.. #IPLDraft Broken Cricket (@BrokenCricket) December 15, 2015

Today’s #IPLdraft means Virat Kohli for #RCB & Harbhajan Singh for #MI are now the only players to appear for one franshise all 8 seasons! azardeen (@azarrdeen) December 15, 2015

This is how we used to select teams in the street. They spent crores for doing the same! 😀 #IPLDraft #IPL2016 #StreetCricket Maniyarasan (@mani_arasan) December 15, 2015

Both team can buy anybody but its just for 2 years. Phoenix will arrive after 2 years @ChennaiIPL #IPLDraft Siva manikandan (@MercyRaavan) December 15, 2015

Rahane for Pune too. What are the chances that Dhoni won’t pick him in the playing XI #IPLDraft Gaurav Sethi (@BoredCricket) December 15, 2015

Buzz is that MS Dhoni will be picked by Pune for Rs 12.5 crore. Must have a bright future ahead of him. #IPLDraft Gaurav Sethi (@BoredCricket) December 15, 2015

The stage is set for the vivo #IPLdraft pic.twitter.com/kdfa2JKe2A IndianPremierLeague (@IPL) December 15, 2015 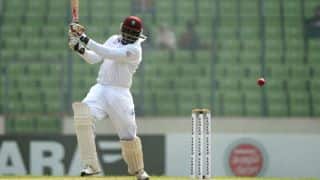